Homes Under The Hammer: West Yorkshire church is renovated

A few miles west of Bradford, sits the village of Denholme in West Yorkshire, and it was in 2017 that Martel visited a very special auction property. She said: “It’s not too often on Homes Under the Hammer I get to see a property like the one we’re just about to see and it’s got me pretty excited. It was built in 1846, it’s a 19th century Gothic church here on the outskirts of the village of Denholme.” At the time, it had a guide price of £80,000 to £90,000.

Stepping foot inside the church, Martel said: “This place just opens up into something really, really special. Actually, I’m a wee bit emotional. So, the ceiling, the arches, the windows, the stonework, there’s actually no glass in the windows.

“Yes, so much needs to be done but they say in a situation like this, always see past the problems and I can, because you just need the imagination to see, restored, how special this place could be.

“But the problems, yes, they are extensive. Behind me, I can see right through to the rafters so some of the ceiling is gone. I can even see a beam that’s come down and hit the floor.”

To the other side of the altar, there was some fire damage as well as broken walls. Martel said whoever was to take on the project had to know just how huge it was going to be.

Because it was a Grade II Listed Building, specialists would have also been required to be involved with the renovation work. 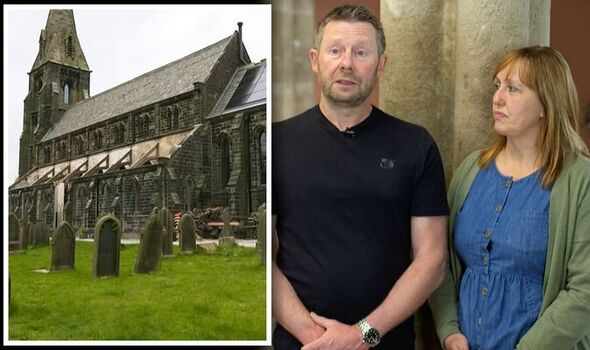 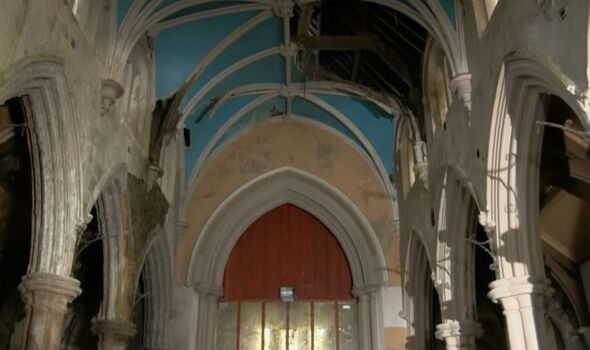 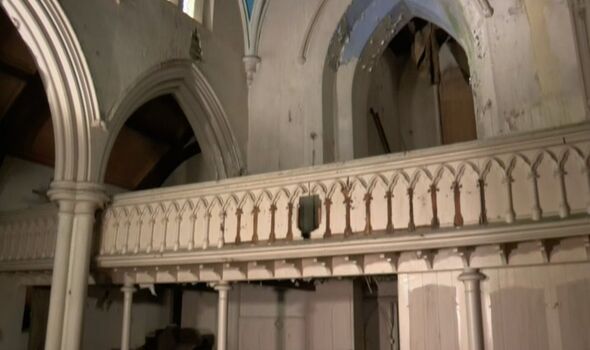 Purchasers of the home were Debs, owner of a recycling business and her partner, Sean, who owned an electrical engineering firm.

They managed to buy the house for £85,000, right in the middle of the two asking prices. Martel met the couple back at the church to find out their plans.

Debs and Sean purchased the church with the idea it would be their “forever home”, and were ready to take on the big adventure.

On the ground level, the couple had plans to put in a reception area and a large living room with a dining area.

“Then there will be another level above that with three more bedrooms, en-suite, and hopefully that will all fit in quite comfortably.”

The couple wanted there to be plenty of open space while incorporating the “Gothic theme” throughout. Sean said: “All the doors will be the lancet arch doors and all the fixtures and fittings will be of a Gothic style.”

Homes Under the Hammer revisited the home in November 2018 to see the progress the couple had made on their home.

Debs and Sean were now married and the renovation work had begun, with scaffolding covering the inside of the church. They had also repaired the roof and removed the ceiling.

However, they still had a long way to go to finish the building within their two-year target and £350,000 to £400,000 budget. Homes Under the Hammer revisited two and a half years later to see the finished home. 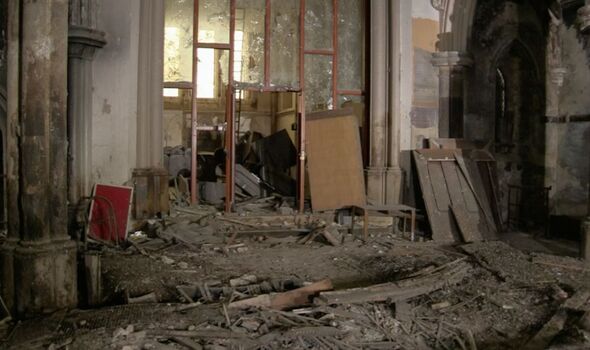 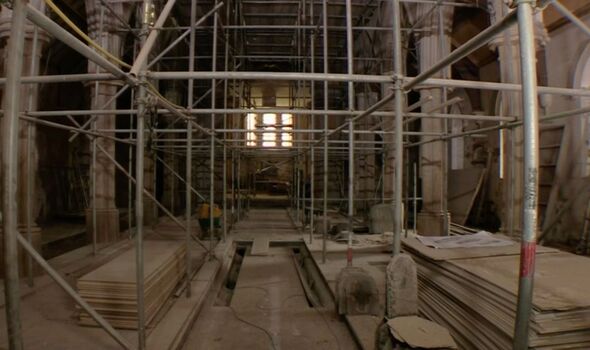 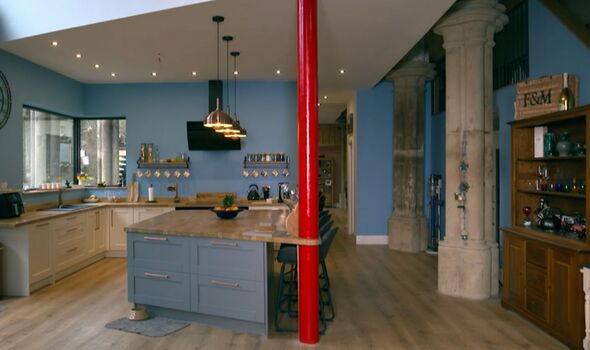 Blending old and new together, the couple had completely transformed the church. Downstairs was a large blue kitchen with modern appliances, overlooking a bright sitting area.

There was a second reception room in the rear of the former nave, complete with a pool table. Upstairs, the first floor was home to two bedrooms for Debs and Sean’s grandchildren.

The couple also created a guest annexe, which was housed in part of the bell tower. It contained a lounge and a bedroom with an en-suite and was going to be used as a holiday let.

Beyond another set of stairs to the second floor was Deb and Sean’s master bedroom which had a large bed, plenty of rugs and a chic wallpaper, complete their cat lying on the bed.

They were also fortunate enough to have enough space to build a huge walk-in wardrobe and modern en-suite bathroom. 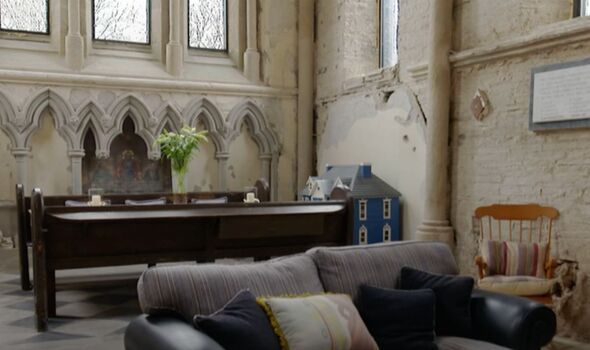 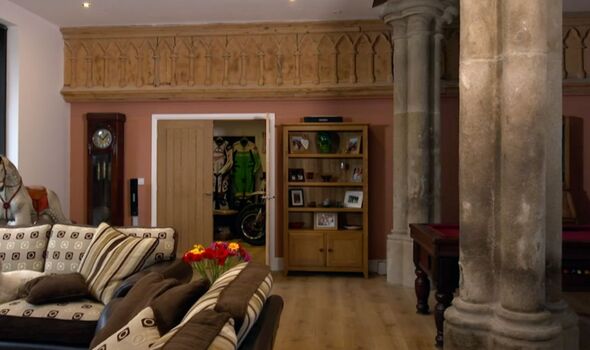 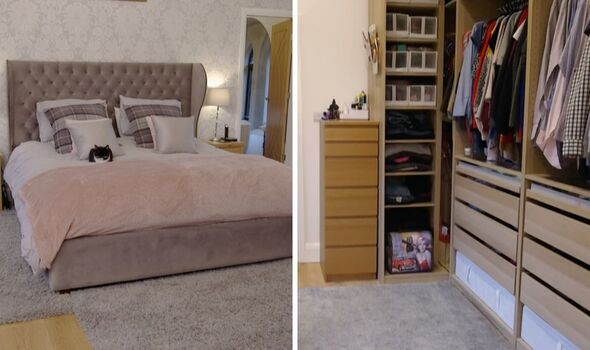 If that wasn’t enough, there was now a fabulous courtyard space in the south aisle, created by a family friend.

Debs said: “We have spent just under £420,000. But we’ve done the outside which has pushed us out a little bit further.”

A local estate agent visited the home to see how much the property would now be worth if it was to be put on the open market.

The expert said: “This definitely is one of the most fantastic properties I’ve seen. For me, one of the highlights of the property is the main entertaining area with the kitchen, the open full-height ceiling and all the architectural ceilings.

Taking the top end of the valuation, would mean the house price has been boosted by a whopping £915,000.

Debs and Sean were happy with this price but had no plans to sell the home.