The national average asking price of a property in the UK has more than doubled since the first Rightmove House Price Index 20 years ago. However, while a consistent rise has been recorded for two decades, latest data shows that prices have started to drop again for the first time this year. According to the property portal, rising interest rates are driving the sudden drop in property value, but where in the UK has seen the most significant decrease? Here are the cheapest areas to buy property in the UK right now.

The price of property coming to the market has seen its first fall this year, down 1.3 percent in August.

Though the decrease in house prices may seem minor, Rightmove has revealed that the national average is now just £365,173, down £4,795 from July.

According to Rightmove, the sudden drop is typical of the housing market at this time of year, and the 1.3 percent decrease is “on par” with the average decrease in value recorded in August over the past decade.

But while the change in asking prices comes as no surprise, what is unusual is how predictable the drop has been considering the unsteady market buyers and sellers have navigated in recent years. 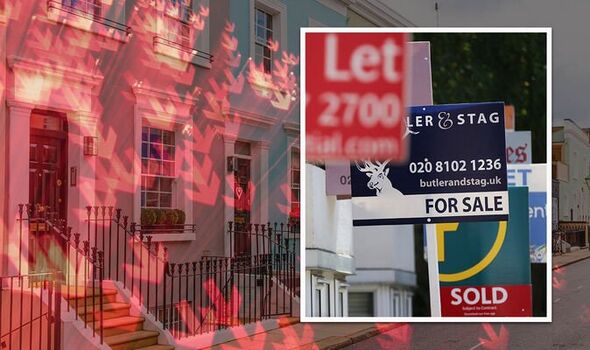 The property portal explained that priorities for those on the property ladder, or looking to make their first purchase on the market has changed.

In most cases, it seems summer holidays are taking priority for those having to save up, while some new sellers are pricing more competitively to secure a buyer quickly, to beat the lengthy completion period which is often unavoidable between summer and Christmas.

Managing director of Barrows and Forrester, James Forrester, said: “The first signs of a cooling market may seem a cause for concern, but the reality is that the herd of homebuyers has stampeded through the UK property market since the start of the pandemic are simply pausing for breath.

“While market conditions have been far from predictable in recent months, we’re now seeing a return to the regular seasonal trends and patterns that appear each and every year, with the peak summer months always a traditionally quieter time.

“Once the chaos of the school summer holidays has come and gone, market momentum will return in the run-up to the Christmas period.” 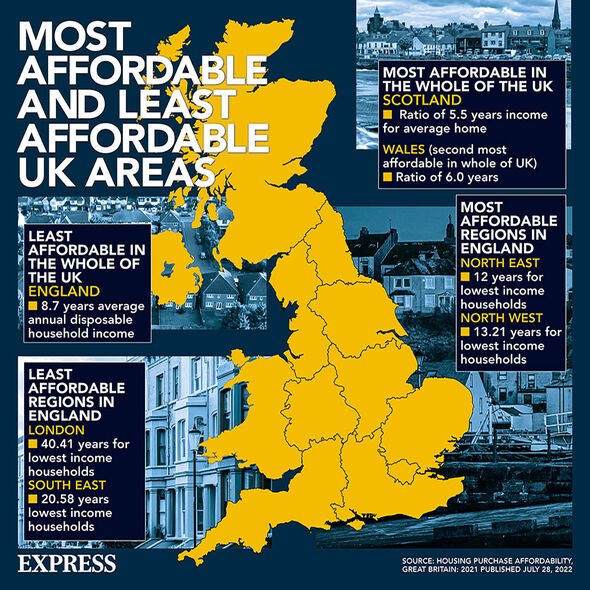 While the average asking price has seen an overall decrease, there are some areas dropping faster than others.

Here are the seven areas where prices are falling the fastest, according to Rightmove’s latest property index.

The area seeing the fastest drop in prices is London, although it still sits firmly in the more unaffordable end of the market with average asking prices now resting at £668,587.

Prices have seen a 3.5 percent decrease between July and August, while it takes 47 days to sell – the highest average of the region. 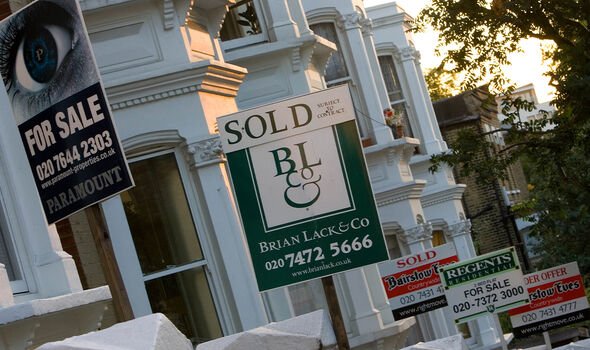 Scotland has seen the second fastest price drop, with a 1.9 percent decrease between July and August.

The average asking price of a property is currently £181,913, making it one of the more affordable areas to invest in in the UK.

The area seeing the second fastest drop in house prices is the South East of England with figures falling by 1.7 percent.

Asking prices for homes in this area averages around £483,842, which, contrary to Scotland, still places it in the more unaffordable end of the UK housing market.

Average asking prices for homes in the Northeastern region of England are falling just behind the South East with a 1.4 percent drop between July and August.

House prices in this area are now averaging £181,420, placing it in the more affordable realm after Scotland.

Yorkshire and the Humber

The rural region of Yorkshire and the Humber is currently fifth on the list of areas house prices are dropping the fastest.

The current average asking price now sits at £241,489, which equates to a 0.9 percent drop between the months of July and August.

Sixth to see the fastest drop is the East of England after 0.8 percent decrease in prices between July and August.

The average house price in this region has now fallen to £425,002, although it’s still selling well above the average UK asking price of £365,173.

The seventh area seeing the fastest decrease in house prices is the South West of England with a drop of 0.6 percent between July and August.

The current asking price in this region now averages around £389,064, although it has seen one of the largest year-on-year price increases of all, with a hefty 11 percent rise since August 2021.

Founding director of Revolution Brokers, Almas Uddin, commented: “We’re now seeing what was a previously overheated property market starting to slow, along with a return to what can historically be considered normalised interest rates.

“For the nation’s sellers, this means a slightly more pragmatic approach when pricing their property. Unfortunately, for the nation’s homebuyers, it means the monthly cost of a mortgage has already climbed quite considerably and this cost is likely to keep on climbing throughout the remainder of the year.”

Tim Bannister, Rightmove’s director of property science said: “For those looking to move who are concerned about interest rate rises, it’s important that they get a mortgage in principle early on in their moving journey to understand what they could afford to borrow, and find out about the rates available to them to assess what they are able to repay each month.”