A STUNNING 3D concept depicting an unreleased "foldable" 5G iPhone model has been mocked up by Apple fans.

Apple is tipped to launch a folding iPhone in 2021 – but hasn't confirmed any such plans. 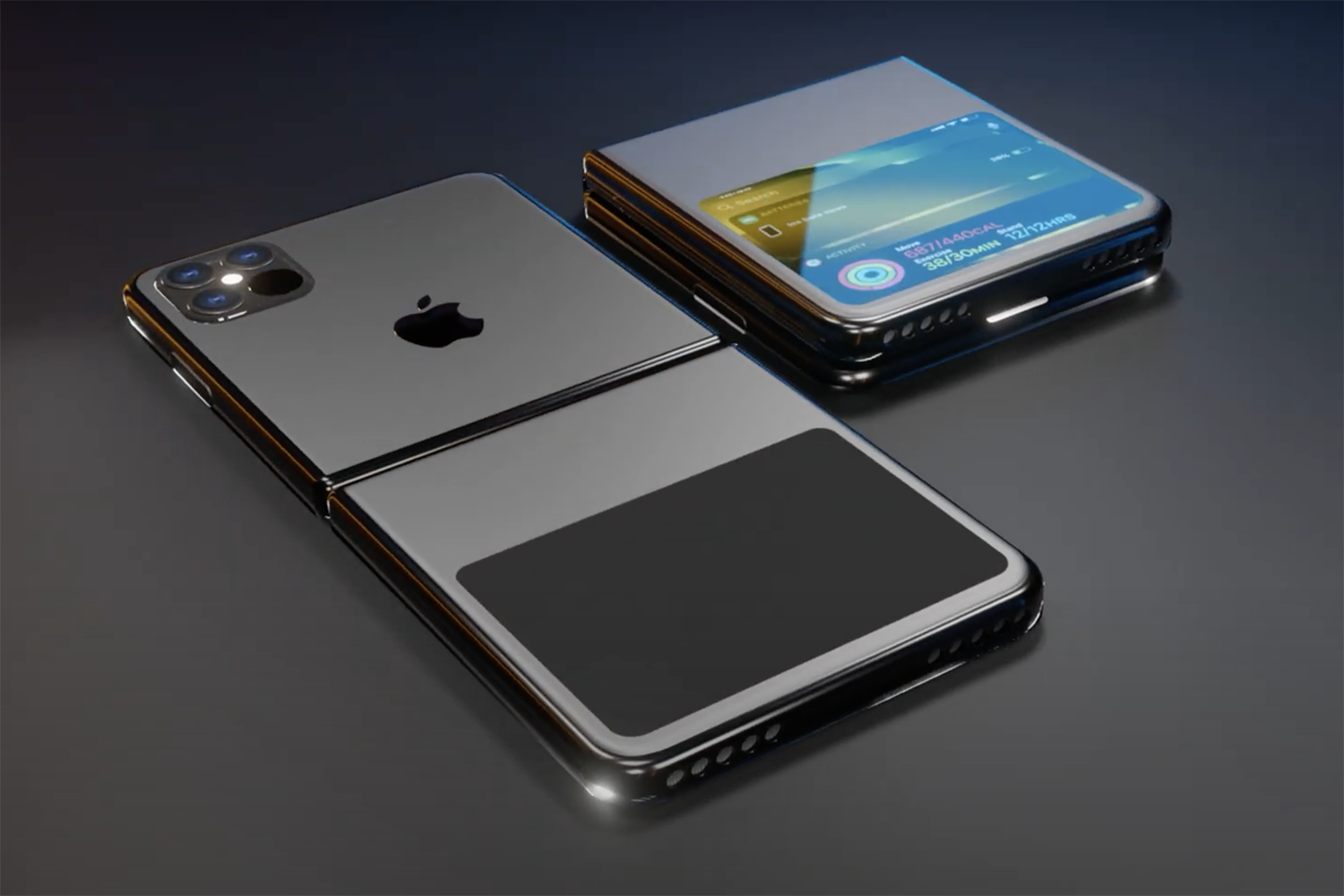 However, Apple is under increasing pressure to keep giving fans a reason to upgrade.

One way rivals have tried to do this is with foldable phones.

Top brands like Samsung, Huawei and Motorola have already offered these hinged gadgets.

The idea is that you can have a tablet-sized screen that folds down into a smartphone-sized device that remains pocketable. 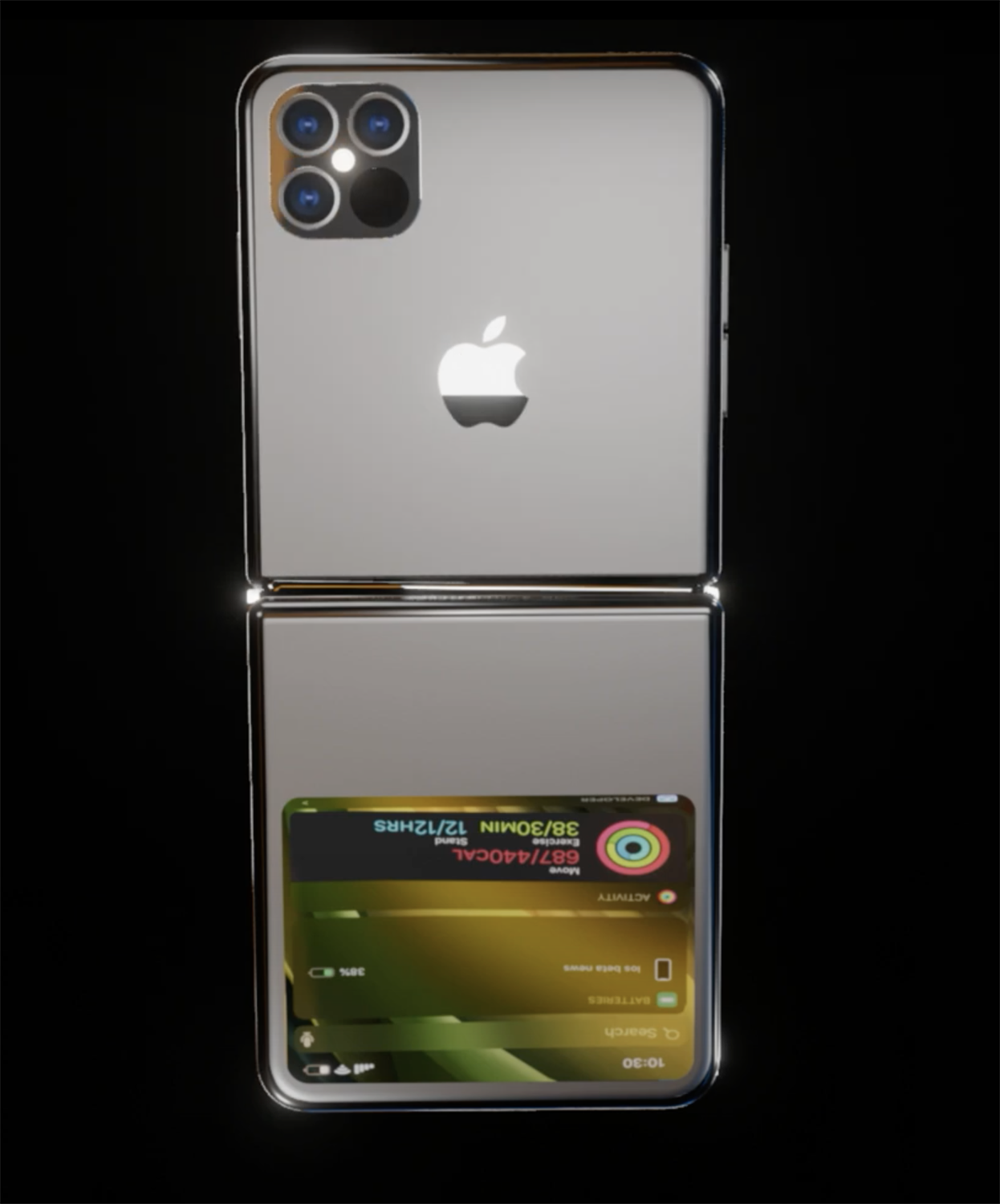 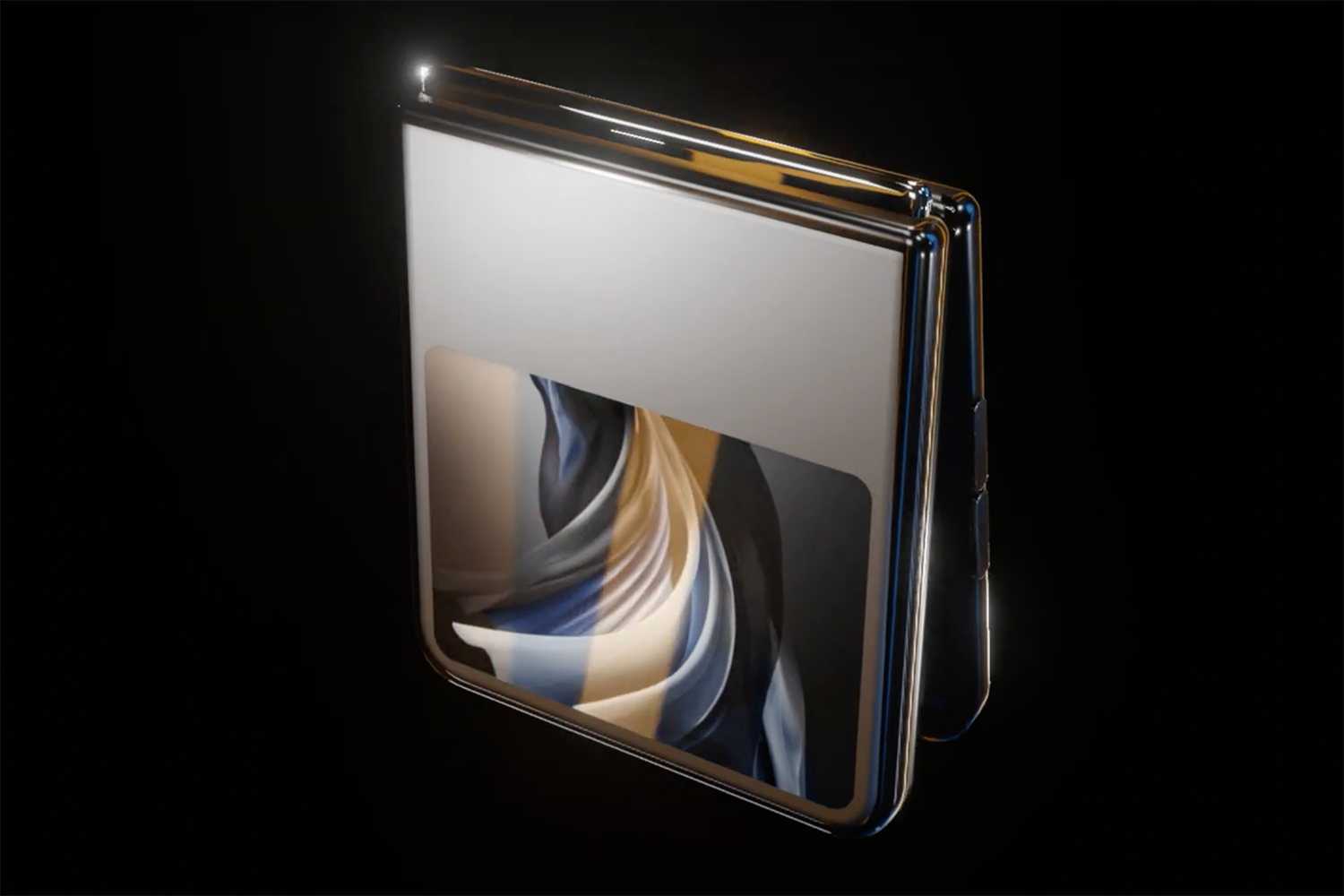 It's purely a fan creation, and doesn't reflect any official Apple designs.

However, it could be a good indication of what an actual foldable Apple iPhone might look like.

The "5G" handset is very tall, and has a triple-camera on the back – plus what may be a LiDAR scanner for depth-sensing.

But the notable change is a large hinge across the middle of the device.

This lets the handset flip down, effectively halving its overall size.

And on the bottom half of the back of the phone is a display.

This screen shows the stuff you'd normally see when "waking" your iPhone – like the time, notifications and more.

From the front, the device looks just like a typical iPhone. 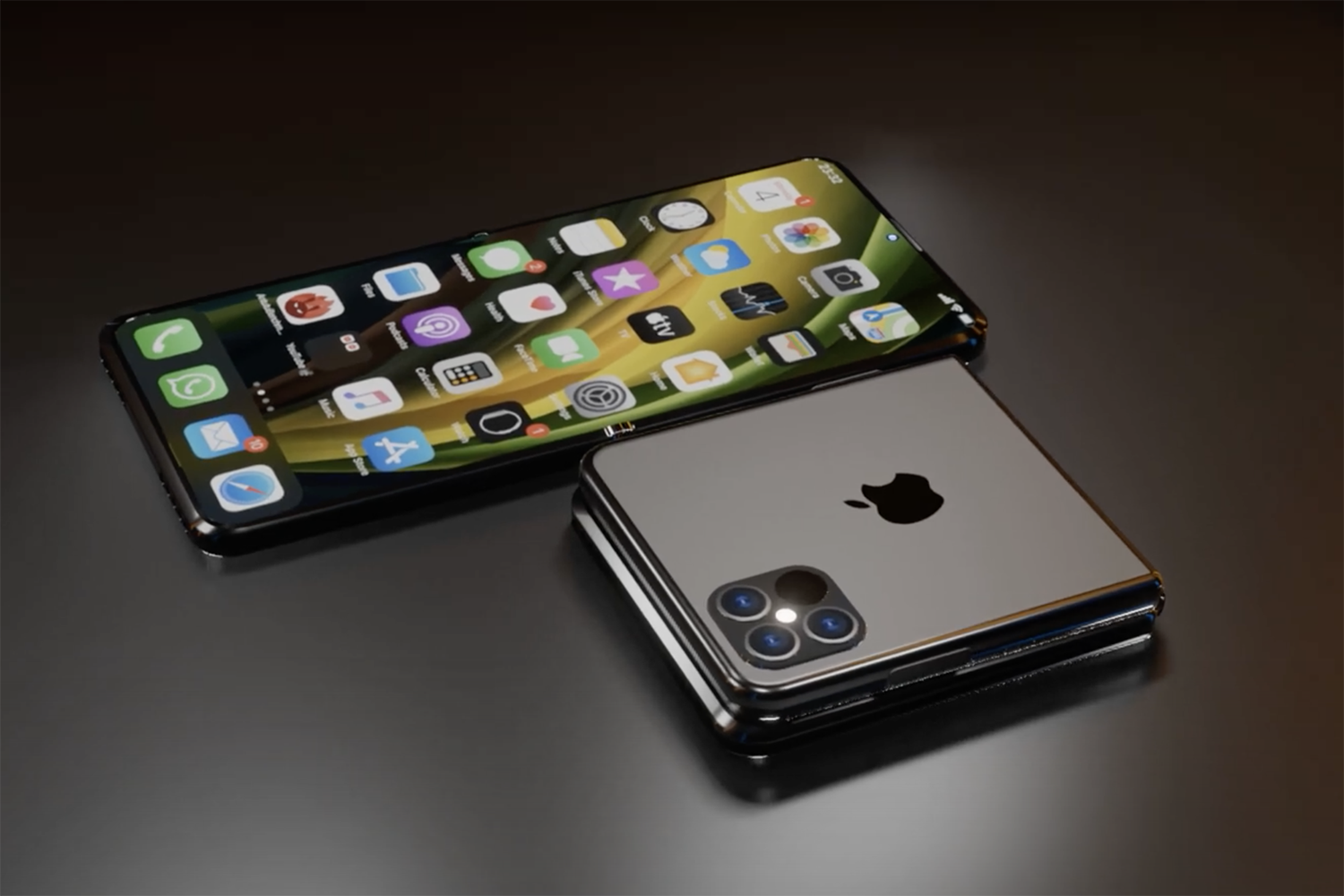 How iPhone screens have changed over the years…

Foldable phones have seen a surge in popularity in recent months.

Unlike the flip-phones of the noughties, foldable mobiles have fronts filled entirely with display – rather than a keyboard.

Smartphone screen sizes have ballooned in recent years, but this comes at a cost.

For instance, Apple's 6.5-inch iPhone 11 Pro Max is simply too big for some users.

But by making a phone "foldable", it's possible to offer even larger displays without making phones too big to carry around.

The bad news is that it's very difficult to make foldable phones – at least for now. 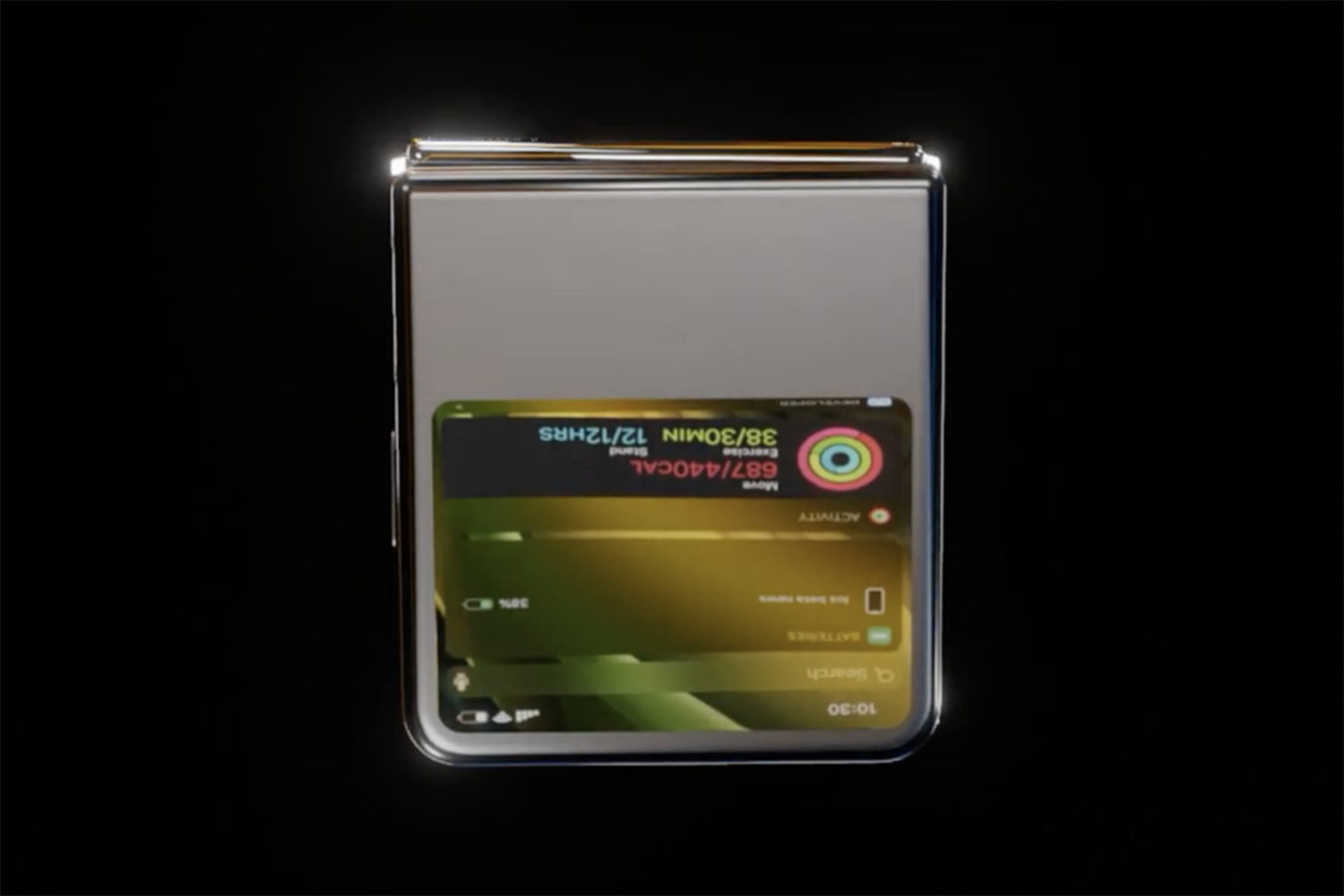 Samsung's original Galaxy Fold was mired with issues and delays.

If Apple does launch a foldable phone, it will likely want to wait for the screen technology to be mature enough to not break soon after purchase.

In any case, Apple hasn't revealed any plans to launch a foldable phone – so take all rumours and leaks with due caution for now.

In other news, Apple will host its annual WWDC event virtually for the first time ever – on June 22.

The tech giant appears to be working on a new feature that lets you edit your texts after you've sent them.

And, a clever iPhone trick lets you find any photo in your camera album in seconds.

Would you be interested in this iPhone? Let us know in the comments!