As an award-winning comedian and actor, Ricky Gervais has plenty of success to celebrate with his latest release, After Life, a poignant hit Netflix show. Despite being best-known for his work on-screen, the 61-year-old has proven his talents as a director and writer too. Like many famous Britons, Ricky Gervais spends most of his time in London, where he lives with his long-term partner, Jane Fallon.

The After Life writer and leading actor enjoys a comfortable life at his home in North London.

With eight bedrooms, luxury furnishings, and a full-sized badminton court outside, Gervais is not short on space to relax off-screen with best-selling author Jane.

The enormous semi-detached mansion is estimated to be worth around £10.8million – much more than the average regional property price. 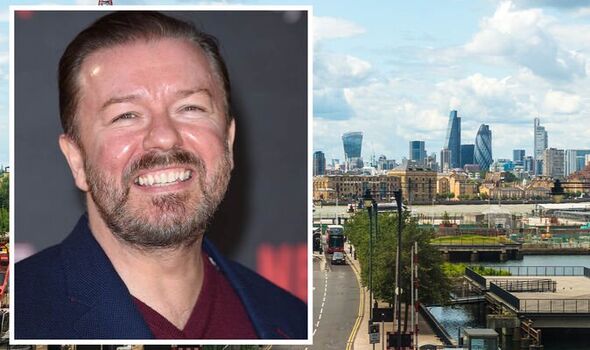 According to Zoopla, semi-detached houses in the North London region have sold for an average of £1,075,590 in the last 12 months.

However, with a home gym, three bathrooms and four reception rooms, it’s no wonder the pair’s home is worth more than £10million.

Though unmarried, Ricky and Jane have been together since 1984 and have moved house several times during their relationship.

Their current home is thought to be their third or fourth property together, having moved out of their former Hampstead Heath pad in 2015.

DON’T MISS:
‘Vital’ step you should never skip before planting wisteria [REVEAL]
Best way to clean ‘dirty’ and ‘discoloured’ baking trays [ANALYSIS]
House prices fall by as much as £93,000 in these three places [LATEST]

While Gervais tends to share more pictures of his cats around the property than the house itself, Jane frequently posts snapshots of the lavish interior.

While there is plenty of room inside, the house looks cosy and homely – the perfect setting for the busy couple to spend their downtime.

Outside, a large green garden featuring a DIY badminton court is visible with a border of trees and flowers for added privacy. 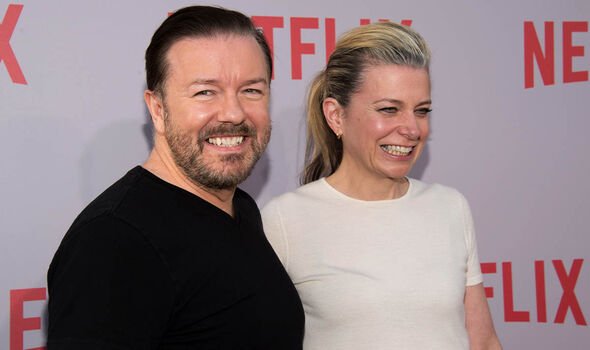 In addition to his grand London property, Ricky owns a “little country retreat” nearby in Buckinghamshire.

He purchased the property in 2016, shortly after moving to the North of the British capital.

Located in the historic town of Marlow, the inviting retreat is close to other homes of the rich and famous, including George and Amal Clooney, Russel Brand and radio DJ Chris Evans.

Away from the hustle and bustle of city life, the secluded property is used as a second home for Ricky and Jane to escape from their high-profile jobs.

Though the Office star is now able to reap the rewards of his successful career, he admitted that this hasn’t always been the case.

Gervais and his famous partner of 40 years, who is now a successful writer, revealed that they once struggled to get by in the early stages of their relationship.

In an interview with the Daily Mail, Jane said she was the sole earner, making £40 a week at a theatrical agency. She added that they were too poor to afford the constant feed of 50p coins needed to keep the heating on and froze every winter.

Now, with a combined net worth of around £13million, Ricky and Jane can provide a comfortable life for themselves and their cat, Pickle.