Joanna Lumley reveals how she reacted to her Damehood

Born in India in 1946 and raised in Kent, Joanna became a photography model before launching her acting career. Following a long and successful career, Joanna is now worth an estimated £18million, according to Celebrity Net Worth. She memorably appeared as a Bond girl in On Her Majesty’s Secret Service and also portrayed Ken Barlow’s love interest Elaine Perkins on Coronation Street. Joanna later starred in TV shows such as The New Avengers and Are You Being Served, before her meteoric rise to fame as Patsy Stone on Absolutely Fabulous.

Joanna currently lives in southwest London with her husband, Stephen Barlow of 36 years.

The couple married in 1986 and have been going strong ever since, despite her first marriage to ex-partner Jeremy Lloyd in 1970 only lasting a year.

Of their long-term dwelling, Joanna told Evening Standard: “It’s starting to look like a dowager duchess who’s dropped her tiara in the gutter.”

Recent television appearances have let adoring fans see inside Joanna’s grand house, and it looks rather like Clarence House, the residence of Prince Charles and Camilla. 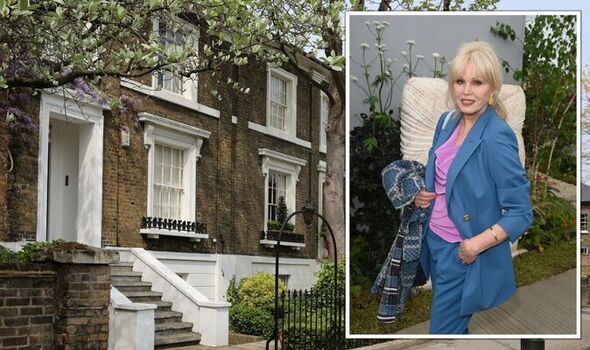 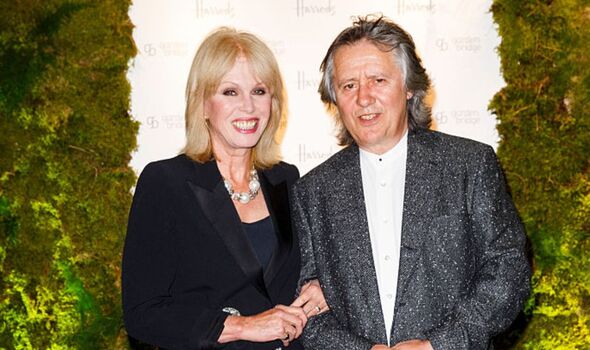 During the coronavirus pandemic, Joanna took part in a number of video-link interviews on shows including Good Morning Britain and The One Show.

Appearing from home, viewers were given a look into Joanna’s eclectic household; which featured a number of paintings and figurines, as well as ornamental pillows in her lounge.

The bright additions of the cushions add character to her room and this love for mismatch prints when selecting soft furnishings can be observed in Clarence House too.

Prince Charles and Camilla have striped and check cushions in a plethora of eye-catching shades displayed on their luxury sofas.

There were also piles of books in the background, indicating it is where she likes to come to read.

Having a separate room to read in is a luxury afforded to many celebrities and royals, and the Duchess of Cornwall’s beloved reading room is well known.

Stockwell is a district in south west London, part of the London Borough of Lambeth.

It is an ethnically and socially diverse neighbourhood often regarded as the northernmost part of Brixton.

Stockwell is an up-and-coming neighbourhood that has become increasingly popular with young families.

A lot the homes in the area are Georgian style terraces, and townhouses that were converted into apartments, and even detached villas. 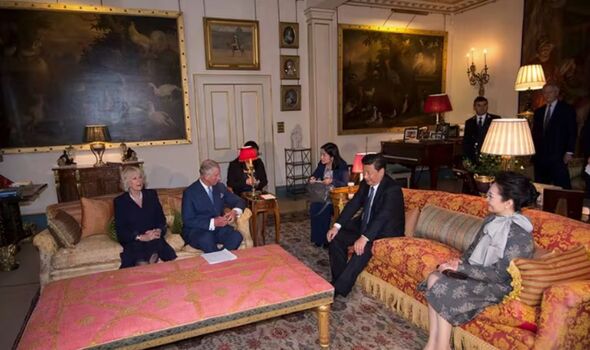 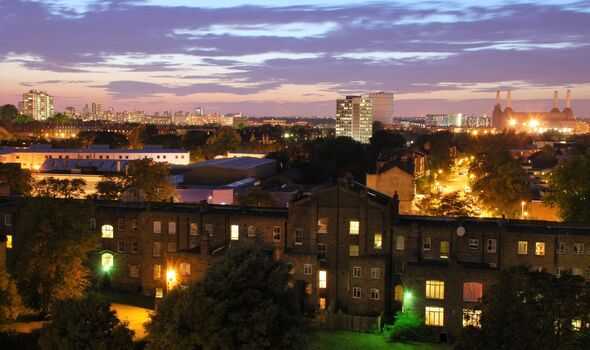 Properties in Stockwell had an overall average house price of £600,019 over the last year, according to Rightmove.

The majority of sales in Stockwell during the last year were flats, selling for an average price of £478,688.

Now boasting some of the best bars and pubs in town, Stockwell is a multicultural hub renowned for serving up some of the most authentic international and homegrown food and drink south of the river.

Historically home to a large Portuguese community, parts of the area became known as “Little Portugal”, which is seen in the wide selection of Portuguese restaurants and delis.

While the English actress lives in London, very few are aware of her Sussex roots.

Lumley was born in Srinagar, Jammu and Kashmir which, at time, was part of British India.

Her father and grandfather had both served in the British armed forces, with her dad serving as an officer in the British Indian Army’s 6th Queen Elizabeth’s Own Gurkha Rifles regiment.

Travelling on the HMT Empire Windrush, the same ship that relocated some of the Windrush Generation, her family relocated back to England.

Her parents ultimately decided to travel again to Asia, with Joanna staying in Rolvenden, Kent, where she boarded at Mickleden School.

It was following her time in Kent that she spent numerous years growing up in Sussex.