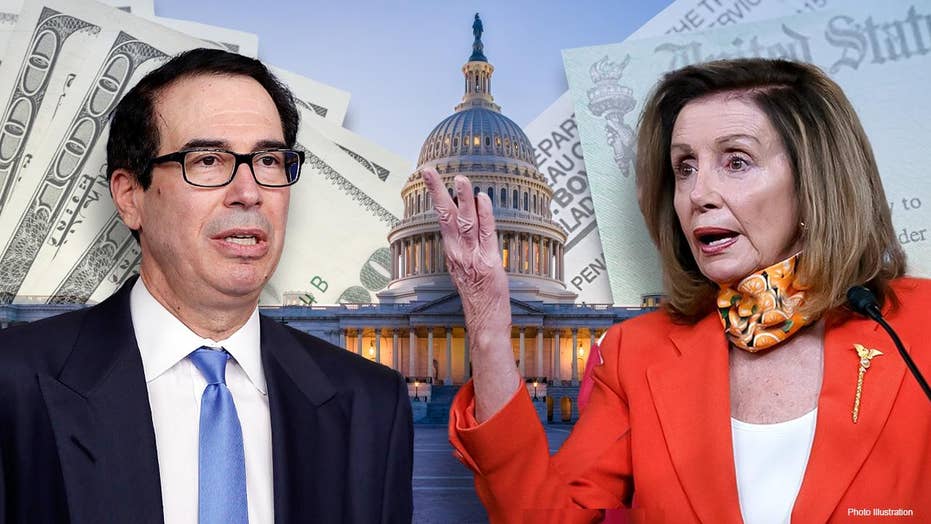 Senate Majority Leader Mitch McConnell, R-Ky., discarded the likelihood of a coronavirus relief bill Wednesday saying Democrats still want too much money as bipartisan talks at the Capitol failed to produce an agreement.

"We are very, very far apart," he added.

The comments come in contrast to the cautious optimism coming from Pelosi and Mnuchin, who spoke at length Wednesday and seemed committed to striking a deal.

House Democrats this week unveiled a new $2.2 trillion proposal they were prepared to pass but were waiting for the outcome of bipartisan talks with the White House.

After a 90-minute meeting, Pelosi announced that she'd move forward Wednesday night with a vote on the package — to solidify her chamber's latest offer. The House ultimately only voted on the procedural measures for the bill to give Pelosi and Mnuchin one more day to carve out a deal. Final passage could come as soon as Thursday.

“Today, Secretary Mnuchin and I had an extensive conversation and we found areas where we are seeking further clarification," Pelosi said in a statement earlier Wednesday. "Our conversations will continue."

The $2.2 trillion plan — dubbed HEROES 2.0 — is vastly scaled back from the original $3.4 trillion HEROES Act the House passed in May.

He touted the Senate's last offer which he pegged at "roughly a half a trillion dollars" as the preferred targeted approach for his Senate GOP majority. He poured cold water on Pelosi's bill as "another massive measure" that spends too much beyond coronavirus relief.

The White House had embraced the framework of the $1.5 trillion plan put forth by the bipartisan Problem Solvers Caucus. But that price tag was too low for the Democratic leadership, which pushed the latest $2.2 trillion package.

"I think we made a lot of progress over the last few days. We still don't have an agreement, but we have more work to do. And we're gonna see where we end up," Mnuchin said after meeting with Pelosi and McConnell separately.

Asked if he was willing to go above the $1.5 trillion level, Mnuchin replied: “We’re gonna go back and do a little more work again. I think we’ve made a lot of progress in a lot of areas.”

More than 206,000 Americans have been killed by the coronavirus pandemic and at least 26 million are receiving some type of unemployment insurance because of the ongoing economic downturn.