NASA has shared a stunning image of IC 2944 – better known as the "Running Chicken Nebula".

The name comes from the fact that the giant cloud of dust and gas looks a bit like a bird waddling through space. 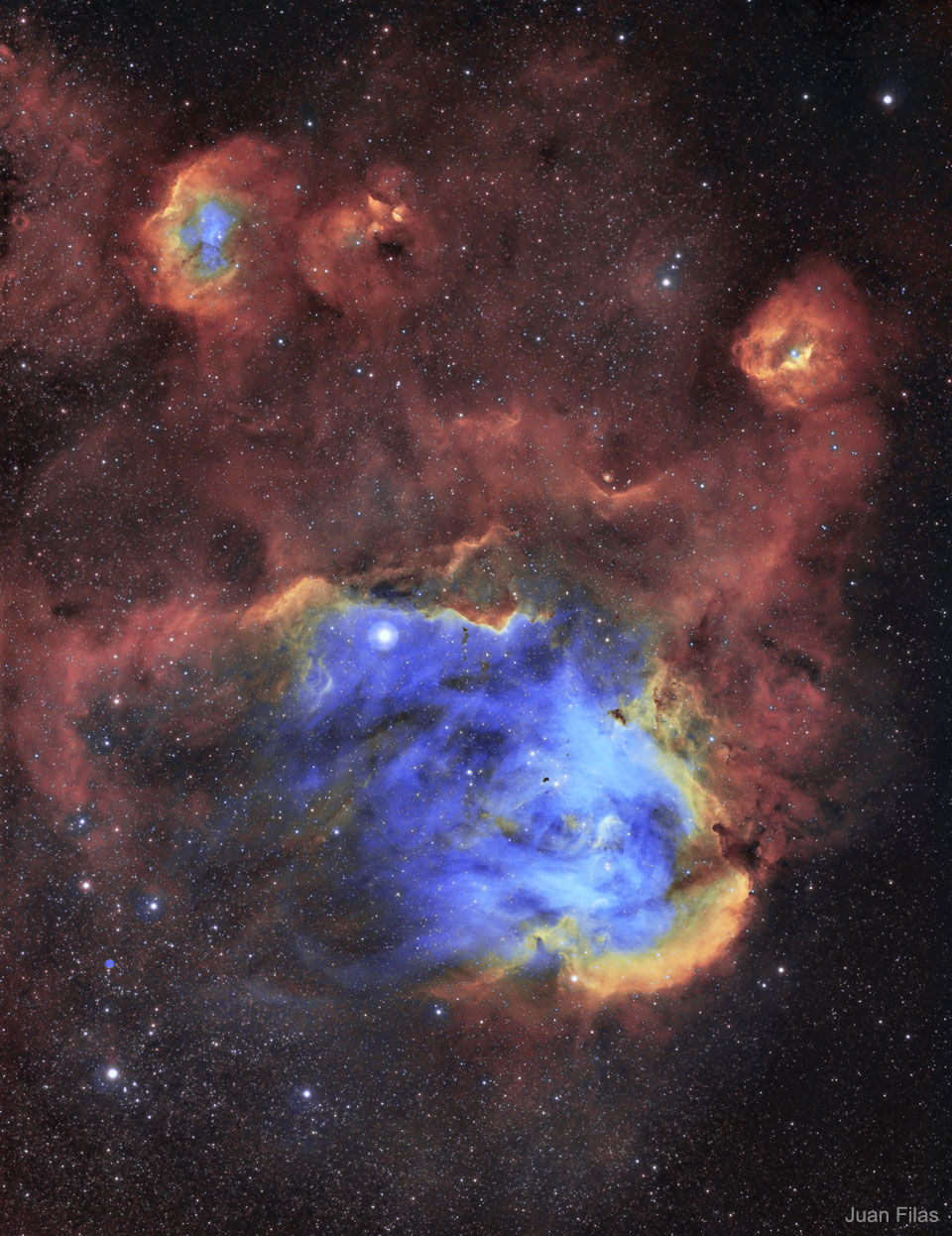 Despite being named after a small fowl, the nebula is enormous.

Astronomers think it stretches a mammoth 100 lightyears across – too big for any Earthly field or farm.

It also lies around 6,000 lightyears away, so it appears as a faint glow in the night sky.

You can find the Running Chicken Nebula in the Centaurus constellation, near the Lambda Centauri star. 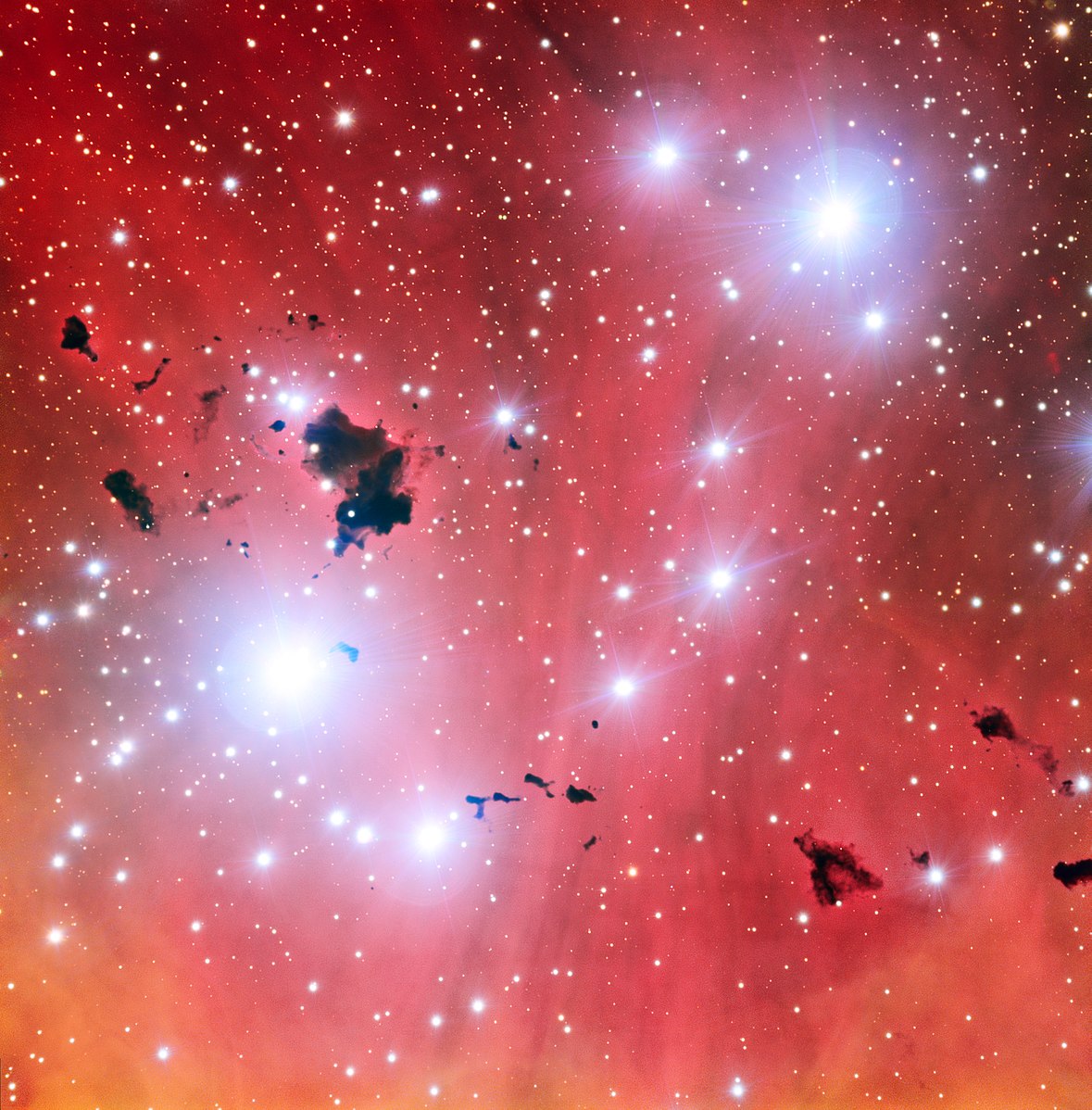 "To some, it looks like a giant chicken running across the sky," Nasa explained.

"To others, it looks like a gaseous nebula where star formation takes place.

This particular image was captured by astrophotographer Juan Filas.

He used a 12-hour exposure to obtain the image – and then the colours were based on our scientific understanding of nebula.

The chicken's "head" can be seen towards the top left off the image, with a beak extending to the left.

And its "tail" is in the upper right of the image as an orange-red blob.

Meanwhile, the bulk of the chicken's "body" is made up of a blueish-yellow centre surrounded by red gas and dust.

There are even faint legs and feet visible in the bottom of the image. 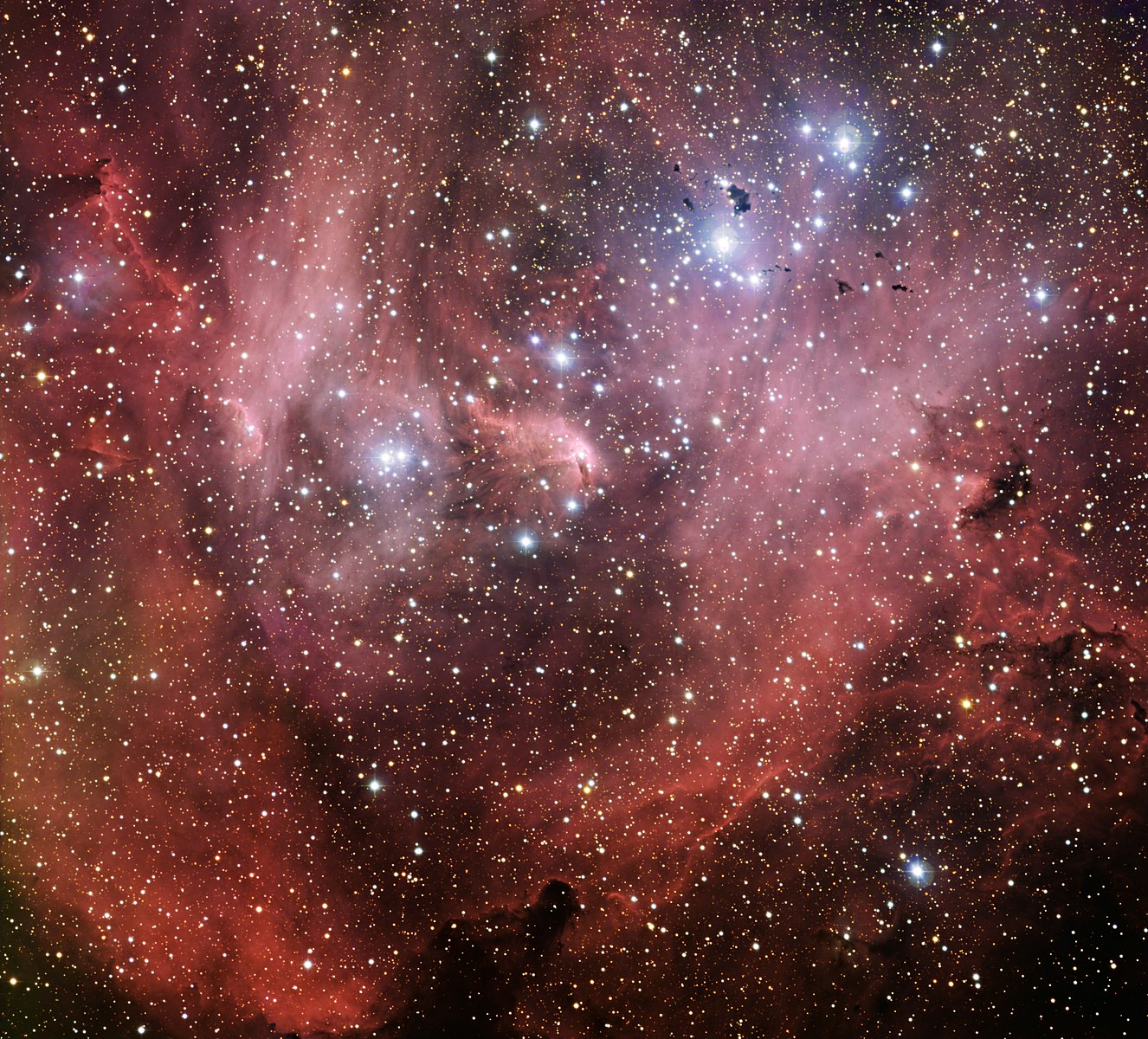 What is a nebula?

"Although difficult to discern here, several dark molecular clouds with distinct shapes can be found inside the nebula."

The image is so spectacular that it was used in the popular and longstanding Nasa Astronomy Photo of the Day series in April 2020.

In other news, this mind-blowing Nasa photo shows the ISS crossing the Moon – with Mars in the background.

Astronomers recently captured a stunning image of a "massive dragon" on Mars.

And recently released images of the Sun show it in the highest resolution ever.

What do you make of this impressive snap? Let us know in the comments!