MISSIONS operations staff members jumped to their feet after a spaceship crashed into an asteroid on Monday, confirming a crowning achievement in planetary defense. 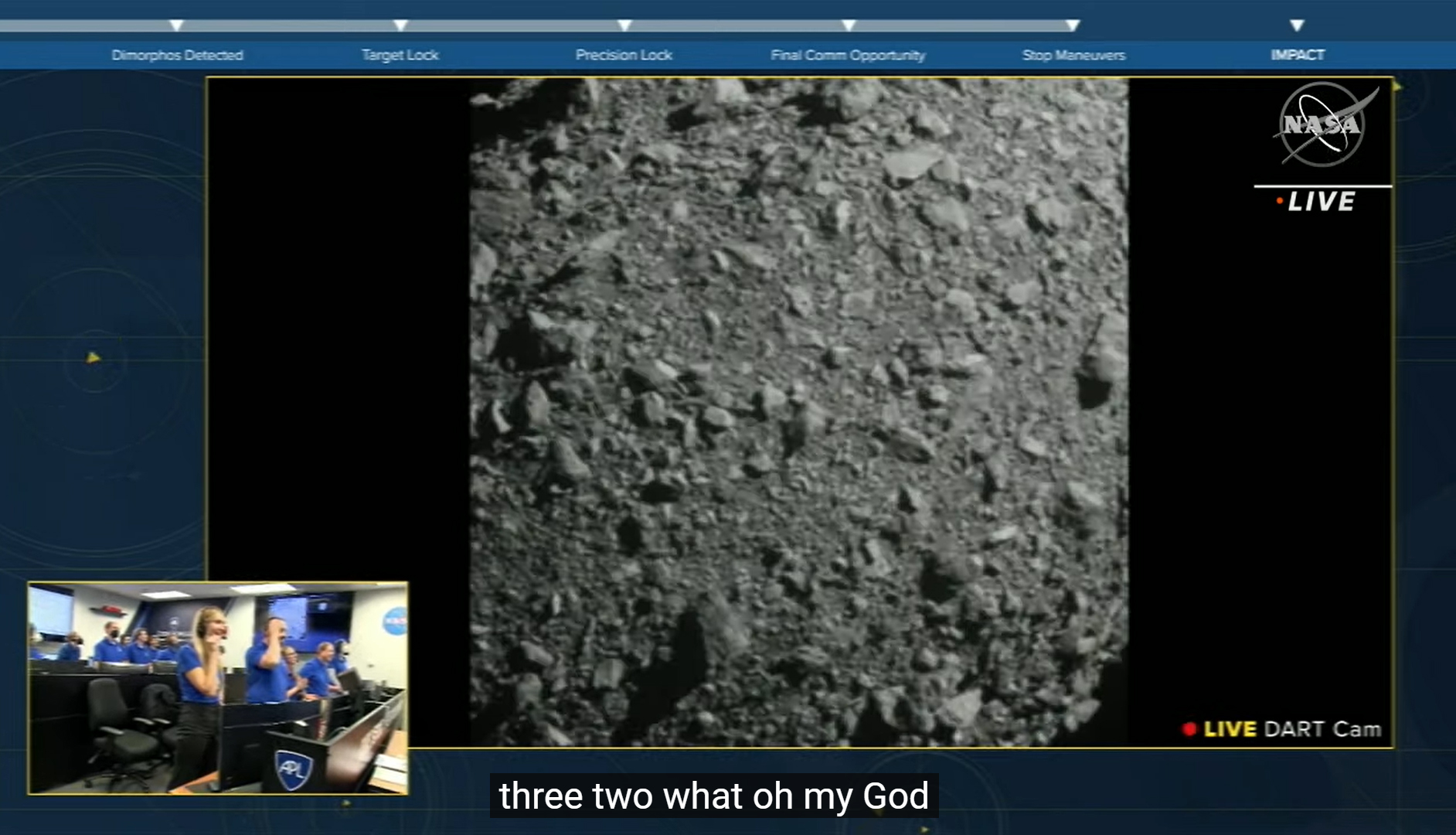 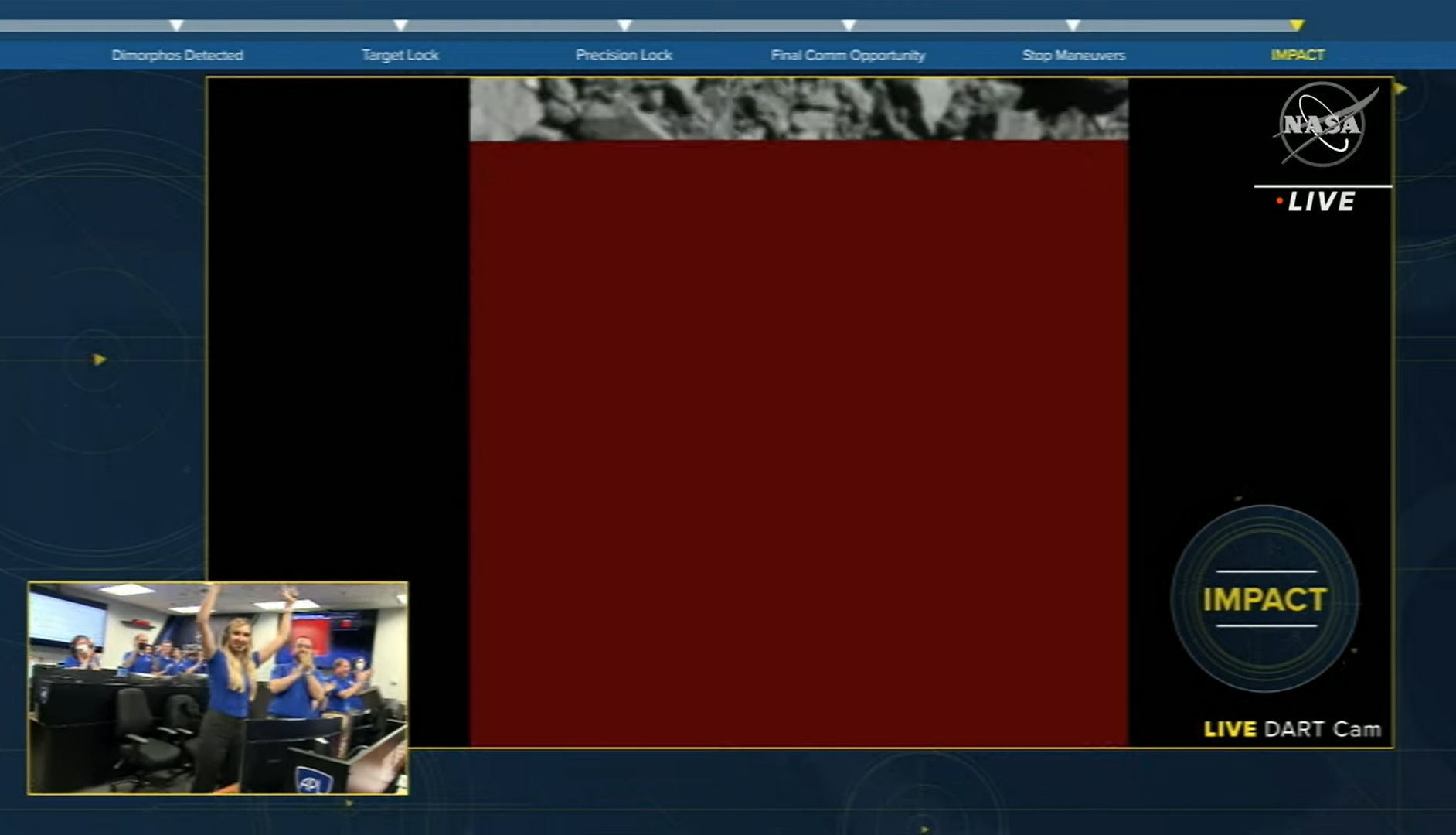 It is Nasa's first planetary defense mission and is just the beginning as the agency will use the information to see ifDART actually changed the asteroid's orbit.

Members of the mission operations staff watched the impact as the asteroids grew in size on the camera’s feed.

"We have impact!" a commentator announced.

The impact was confirmed once DART lost its signal while crashing into the asteroid.

Nasa will take images of the impact using a small satellite that will beam images back to Earth roughly 24 hours later.

The scheme mirrors the plot of the 1998 blockbuster flick "Armageddon" in which Nasa flies a spacecraft to an asteroid to stop it from hitting Earth.

"DART will be the first demonstration of the kinetic impactor technique to change the motion of an asteroid in space," Nasa says on its website.

UK airport to permanently CLOSE as flights are stopped

The DART spacecraft consists of a box-shaped body about twice the size of a washing machine flanked by two, 18-meter-long solar panels.

"DART was built to be destroyed," Nasa said in a statement.

The spacecraft has taken nine months to reach the binary near-Earth asteroid Didymos 11million miles from its home planet.

Didymos is about 740 meters across and sits between the orbits of Earth and Mars. It is not the mission's primary focus.

Instead, Nasa's intrepid battering ram will set its sights on a smaller asteroid – or moonlet – orbiting Didymos closely.

The asteroid, called Dimorphos, meaning “two forms” is 525 feet in diameter and was chosen for this mission due to its potential threat to earth.

The impact won’t destroy the asteroid but will change its speed so it aligns with the orbit of Didymos.

“Sometimes we describe it as running a golf cart into a great pyramid or something like that,” said Nancy Chabot, planetary scientist and DART coordination lead at the Applied Physics Laboratory.

“But for Dimorphos, this really is about asteroid deflection, not disruption.”

There are no asteroids on a direct impact course with Earth at this current time, but there are over 27,000 near-Earth asteroids in all shapes and sizes.

The data collected by DART will help with planetary defense strategies and could help scientists understand the kind of force needed to shift the orbit of a near-Earth asteroid.