Comedian turned presenter Noel Fielding is one of the most unique faces to frequent British TV. Having conquered everything from abstract comedy with “The Mighty Boosh”, to co-hosting The Great British Bake Off on Channel 4, there’s not much Noel Fielding can’t do. Alongside his presenting work, Noel Fielding’s artistic flair is one of his most well-known attributes, and is often channelled into the artwork he produces in the comfort of his home. So where exactly is “home” for the GBBO star? Here’s a look at his surprisingly quiet life off-screen and the modest property that he shares with his partner and young children in the British capital.

Where does Noel Fielding live?

The Westminster-born comedian has had a highly successful career since his appearance in cult classic TV series, The Mighty Boosh, which he both starred in and co-wrote.

Over the years, Fielding has appeared in everything from the IT Crowd, to QI and Taskmaster, though he is now best known for his comedic role alongside Matt Lucas on The Great British Bake Off.

With years of experience and fame behind him, Noel enjoys a comfortable life at his home in North London. 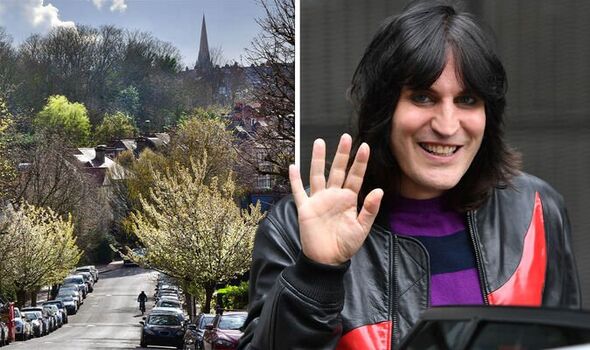 The multi-talented presenter is thought to reside in Highgate with his partner, Lliana Bird, and their two children.

Noel began dating the well-known radio DJ sometime around 2010 and welcomed their first child, a daughter named Dali in 2018. Their second daughter, Iggy, was born in August 2020.

With a young family to look after, Noel and Lliana opted for a more suburban way of life in the city, rather than living in the bustling centre of the capital.

Their North London home is nestled in a residential area on the corner of Hampstead Heath.

The fashionable district also straddles the junction of the three London boroughs, including Camden, Islington, and Haringey.

Highgate’s high-class status has led it to be recognised as one of the “poshest parts of the capital”, according to the Indy 100.

While the exact value of Noel’s home is unknown, it is thought to be in the region of around £1million, though it could be more based on his estimated £4.4million net worth.

Latest Rightmove data revealed that properties in the area have sold for around £1,314,959 over the last year, with  semi-detached properties fetching a staggering £2,005,762. 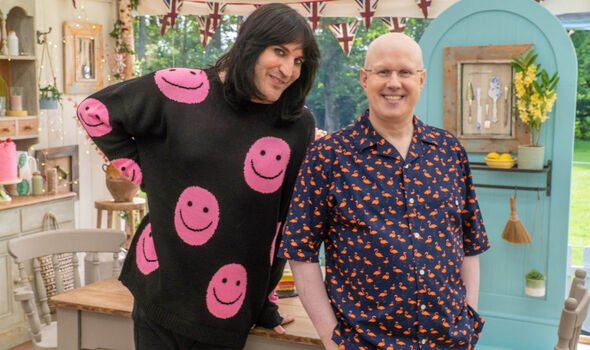 Though the quirky presenter is no stranger to social media, Noel keeps his private life largely out of the public eye.

However, he has shared a rare glimpse of his home and garden with fans via his Instagram account on occasion.

In 2020, Noel showed off his gardening skills with a photograph of him mowing the lawn in his garden.

The picture showed plenty of greenery, some purple flowers growing in a neat border and a small outhouse tucked away in the corner.

In another snapshot of his home life, the unmarried presenter revealed part of his home downstairs, with white glass-panelled french patio doors wide open onto the garden.

A small patio space can be seen just outside, then onto a lawn filled with children’s toys. 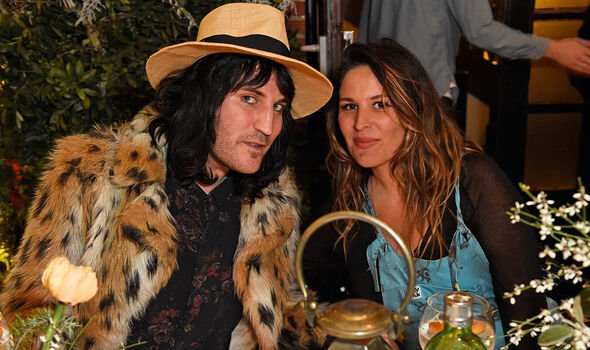 Noel’s kitchen is fitted with cream glossy cupboards and stainless steel appliances, and has a large island unit with a vibrant orange worktop in the middle.

Upstairs, a romantic balcony can be spotted on the first floor of the property. Black railings enclose the tiled space which features a hot-pink table and two matching chairs.

As a keen and talented artist, it is thought that Noel uses at least one room in the house to get stuck into his abstract drawings and paintings. The eye-catching canvases produced by the GBBO presenter have been featured in numerous exhibits in London, and are often shared on his Instagram page.

In a sweet tribute to his daughters, Noel shared an abstract piece featuring his two children amongst an array of colourful swirls on his Instagram page.

He captioned it: “My two beautiful Flower Fairies x”. While the children have never been pictured, it is thought that Noel and his family are close-knit.