The NRCC, which raises money for House Republicans, warns donors against unchecking this prechecked box: 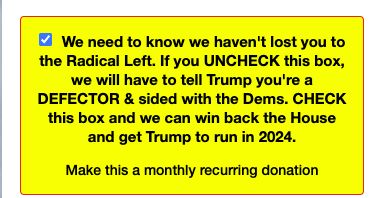 The text appears on the WinRed fundraising platform. The NRCC directly links to the page from its website.

Donors who fail to uncheck the box — including those who haven’t even noticed it — will have money removed from their accounts each month.

The Trump campaign used a similar fundraising tactic for the 2020 election, The New York Times reported over the weekend. The outcry from tricked Trump donors resulted in 530,000 refunds, but the scheme nevertheless allowed the ex-president’s failed campaign the use of what amounted to an interest-free loan, according to the paper.

NRCC spokesperson Michael McAdams downplayed the controversy, telling Insider the group “employs the same standards that are accepted and utilized by Democrats and Republicans across the digital fundraising ecosystem.” 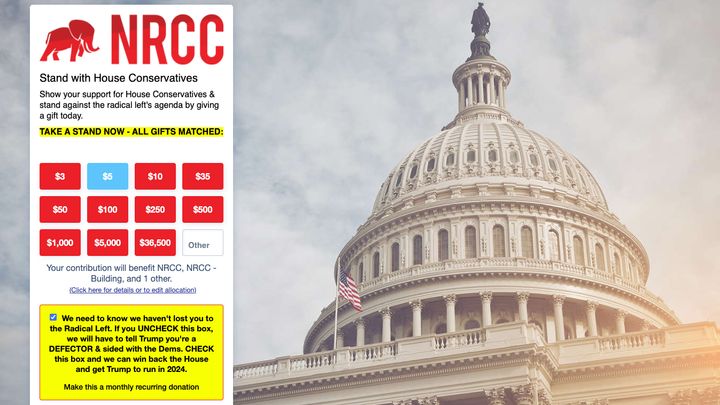 “Instead of thanking you, the NRCC says they will tell Dear Leader personally you are a traitor unless you give more,” the “All In” host explained.