CNN’s “New Day” is coming off its least-watched week of the year among viewers from the key demographic as the morning show continues to struggle since co-anchor Brianna Keilar joined the program.

“New Day” averaged only 97,000 viewers from the key advertising demo of adults age 25-54 from June 7-11, its worst performance since July 2019 in the crucial category. 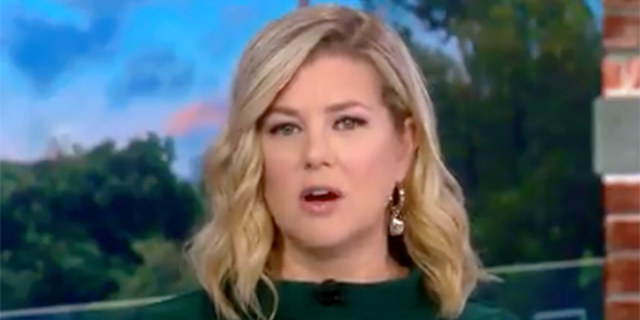 CNN’s morning show also struggled among total viewers, averaging 462,000 for its third-worst week of the year.

The outspoken Keilar made a name for herself during the Trump era with combative interviews with conservatives, far-left monologues and a condescending tone when covering Republicans. She was promoted from CNN’s midday lineup to “New Day” in April, but the move hasn’t increased viewership.

“New Day,” which has taken on an increasingly liberal bent with the addition of Keilar, has now failed to attract more than 500,000 average viewers for seven-consecutive weeks and dropped another two percent of its audience compared to the previous week.

“New Day” is down 10 percent among total viewers and 21 percent among the key demo compared to Keilar’s first week on the beleaguered show. While Keilar hasn’t attracted viewers since replacing Camerota, she has certainly generated headlines.

On Monday, Keilar appeared enthusiastic at the prospect of a congressional comeback for former Rep. Katie Hill, D-Calif. Mediaite columnist Caleb Howe covered it by noting the CNN anchor “practically begs” Hill to return to Congress during a “flattering interview.”

However, Keilar isn’t so warm and friendly to Republicans and made news back in May when she targeted Sen. Rand Paul, R-Ky., calling him an “ass” during a rant over his treatment of Dr. Anthony Fauci.

Keilar recently had a contentious exchange with Rep. Byron Donalds, R-Fla., after fixating on his past support for former President Trump and various voting rights bills she alleged would restrict minority voters when he joined the show to speak about being shut out of the Congressional Black Caucus (CBC).

“We were well prepared for her to set multiple traps for the congressman to try and fall into, which he handled with ease,” Donalds’ communications director Harrison Fields told Fox News last week. “There is no doubt White liberals can’t comprehend how Black people could be Republicans, especially Trump supporters, so I wouldn’t say that was surprising it was just publicized. She also was obviously justifying the CBC for denying my boss, but that was also not a surprise.”

Fields went on to blast CNN as a network and their obsession with pursuing its anti-Trump “narrative.”

“The bar isn’t very high for those on CNN. They usually aren’t interested in telling the truth,” Fields said.

CNN president Jeff Zucker, who had a reputation as a morning TV guru because of a successful run overseeing NBC’s “Today” show earlier in his career during the Matt Lauer-era, has struggled to find a winning formula for “New Day.” The liberal network has frequently tinkered with the program and ran through Camerota, Kate Bolduan, Chris Cuomo and Michaela Pereira as co-anchors since it launched in 2013, before landing on current hosts John Berman and Keilar.