Rep. Deb Haaland (D-N.M.), President Joe’s Biden’s pick to lead the Interior Department, kicked off her confirmation hearing Tuesday by acknowledging the “historic nature” of the moment, as she stands to become the nation’s first-ever Indigenous Cabinet member. But she also tried to head off opposition from Republicans who have painted her as an “extreme,” “radical” threat to fossil fuel production and the American “way of life.”

“I hope this nomination would be an inspiration for Americans — moving forward together as one nation and creating opportunities for all of us,” she told lawmakers.

Haaland, 60, vowed to be “a fierce advocate for public lands” and consult all stakeholders to strike the right balance between natural resource development and conservation. She also said she’d “work my heart out for everyone,” including fossil fuel workers, ranchers, communities suffering from legacy pollution and “people of color whose stories deserve to be heard.”

“There’s no question that fossil energy does and will continue to play a major role in America for years to come,” Haaland said. “I know how important oil and gas revenues are to critical services. But we must also recognize that the energy industry is innovating, and our climate challenge must be addressed.” 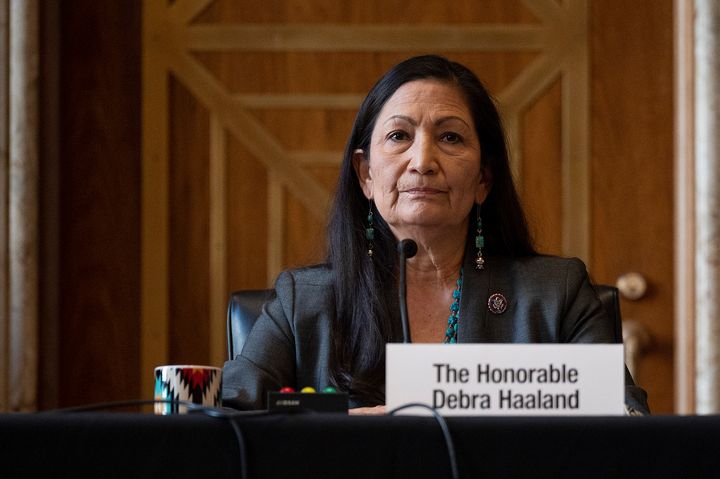 It didn’t take long for the mudslinging to start.

Sen. John Barrasso (R-Wyo.), the committee’s ranking Republican, told Haaland he is “troubled by many of [her] views,” which he described as “squarely at odds with the responsible management” of public lands. He also questioned Haaland about one of Biden’s early executive orders on climate, which he falsely said “bans all new oil, coal, gas leases on federal lands.”

Experts told HuffPost last month that the temporary pause will not have a significant immediate impact on the industry, which stockpiled federal leases and permits to drill on public lands and waters toward the end of the Trump administration.

“I’m just concerned about proceeding with this nomination,” Daines said. “The track record, the ideology in the past, I think, will perpetuate more divisiveness and will certainly harm Montana’s economy.” 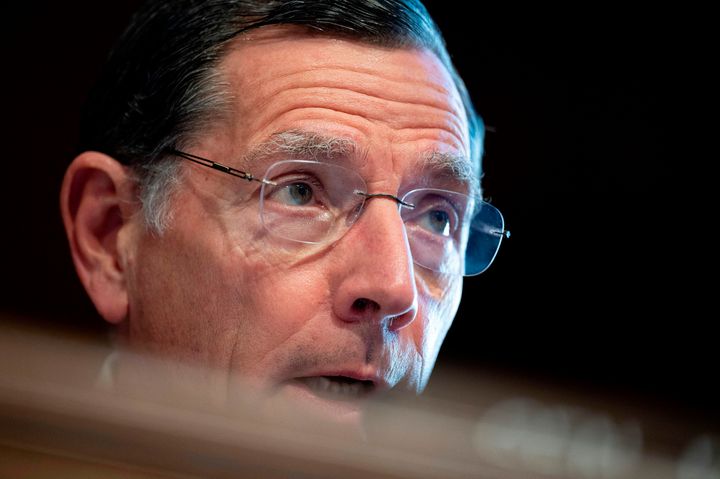 Haaland largely fended off the attacks. She reminded Republicans that she is being tapped to help carry out Biden’s agenda and stressed that she would follow the law.

“If I’m confirmed as secretary, it is President Biden’s agenda, not my own agenda, that I would be moving forward,” she told Daines. Many of the policies Haaland will be tasked with implementing are popular among voters nationally, according to a survey released earlier this month by Data for Progress.

The secretary post is a “far different role than a congresswoman representing one small district in my state,” she added later. “I understand that role: It’s to serve all Americans, not just my one district in New Mexico.”

Haaland is by all standards a qualified choice to lead Interior, an agency of some 70,000 employees that manages 500 million acres of federal land — roughly one-fifth of the U.S. The agency is in charge of the 63 national parks, the Bureau of Indian Education, and upholding the government’s trust and treaty obligations to tribal nations. She is currently a member of the House Committee on Natural Resources and chairs its subcommittee with oversight of the Interior Department, and is co-chair of the Congressional Native American Caucus.

Democratic and Republican House colleagues have said Haaland has a strong record of working across the aisle; in 2019, she introduced 13 bipartisan-cosponsored bills, which was more than any House freshman. She maintains a 98% lifetime score from the League of Conservation Voters.

Haaland, an enrolled member of the Pueblo of Laguna who made history in 2018 as one of the first two Native American women elected to Congress, has broad support among elected tribal leaders, intertribal organizations, and green and progressive groups. Last week, nearly 500 organizations signed onto a letter to Senate leadership calling for Haaland’s speedy confirmation.

Yet Haaland has emerged as one of Biden’s most contentious Cabinet picks. Two weeks before Tuesday’s hearing, GOP lawmakers, including many who have received large sums of money from the oil and gas industry, began signaling they’d vote against her confirmation. Daines and Barrasso dismissed her as “radical,” citing, among other things, her support for reining in fossil fuel development on federal lands. Sen. Cynthia Lummis (R-Wyo.) said Haaland’s confirmation “would be disastrous for western states, including her home state of New Mexico.”

Tribes, tribal groups and environmental organizations have voiced disappointment and disgust with the Republican senators’ campaign to sink Haaland’s nomination before she’d been given a chance to answer questions in public.

“People are going to use her to complain about Biden’s policies,” Gerald Torres, professor of environmental justice at the Yale School of the Environment, told HuffPost ahead of the hearing. “They need to look at her record.” 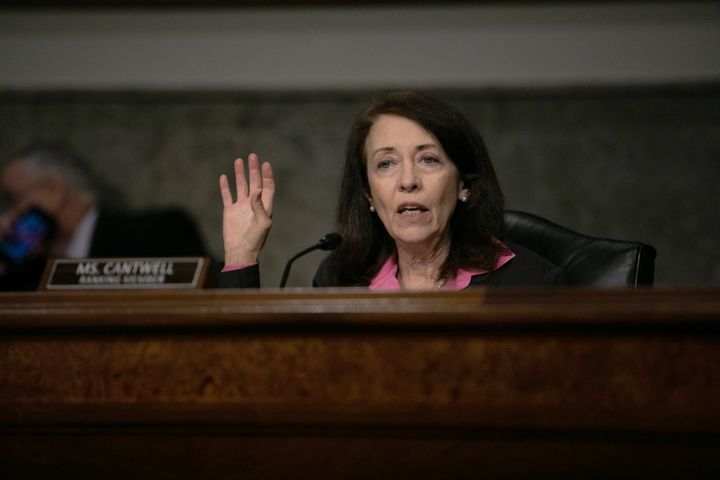 Democrats repeatedly came to Haaland’s defense on Tuesday. Sen. Maria Cantwell (D-Wash.) told Haaland it felt like her nomination has become “a proxy fight about the future of fossil fuels.” And Sen. Martin Heinrich (D-N.M.) pushed back at Republicans’ assertions that Biden’s executive orders have cost thousands of oil and gas jobs in his home state.

“We have not lost thousands of jobs in the oil and gas sector in New Mexico because there is no ban, and because the industry stockpiled an enormous number of leases under the fire sale that Secretary [David] Bernhardt had at the end of the last administration,” he said. “However, I want to say, we do recognize that we will need to move to a fully decarbonized economy and, frankly, pretending that isn’t going to happen is not going to serve any of our workers well.”

Rep. Don Young (R-Alaska), who introduced Haaland to the committee and urged senators to vote for her confirmation, highlighted her bipartisan record. He praised Haaland as a friend who has reached across the aisle, and said that while he and others might not always agree with her, they can count on her to listen and hear their concerns.

In a call with reporters on Monday, Rep. Sharice Davids (D-Kan.), who along with Haaland made history as one of the first Native American congresswomen, said her colleague was a “fierce advocate and organizer in Indian country” and a “champion of the environment” long before being sworn into Congress. There is no one more qualified or prepared to lead the agency, Davids said.

“The attacks that have been waged against her have been waged by some of the closest allies of Big Oil,” she said. “It’s really nothing more than an attempt to protect their bottom line, their special interests. These senators know that Congresswoman Haaland, soon-to-be secretary, will stand up to Big Oil and it scares them. It terrifies them.”

Haaland’s loudest opponents have indeed been bankrolled in no small part by the oil and gas industry, as HuffPost previously reported. If confirmed, Haaland will succeed David Bernhardt, a former oil and agricultural lobbyist, and take over the agency after the Trump administration dismantled environmental safeguards and prioritized energy development over land and species conservation.

Rep. Raúl M. Grijalva (D-Ariz.), the chairman of the House Natural Resources Committee, echoed that opposition to Haaland is driven by industry influence and a resistance to changing the status quo of repeatedly failing to confront climate change.

“It has been all about the extraction industry for the last four years, with [the Bureau of Land Management] practically turning into a real estate department under Trump and giving away public land right and left to the industry and to polluters, with no consequences and no accountability,” Grijalva said on a press call Monday.

“Deb’s going to do something about it,” he added. “And they know it.”

Haaland will appear again before the committee for a second round of questions on Wednesday.