A NASA rocket launched to the Moon in 1966 has hurtled back into view from Earth, according to scientists.

The booster is the size of a bus and and upon discovery last month was thought to be an incoming asteroid about to enter our planet's orbit. 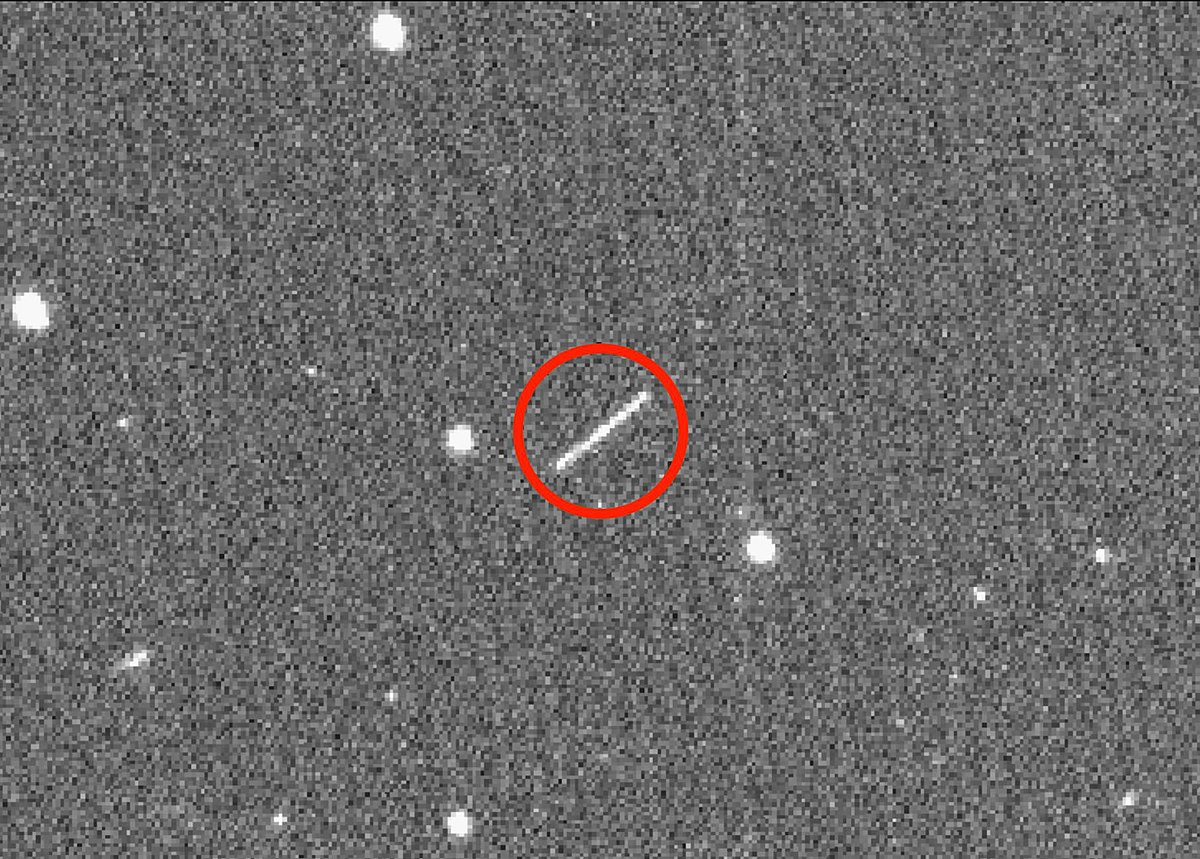 It has now been identified as an old rocket from a failed moon-landing mission 54 years ago that's finally making its way back home, according to Nasa's leading asteroid expert. Observations should help nail its identity.

"It's been a hobby of mine to find one of these and draw such a link, and I've been doing it for decades now."

Dr Chodas speculates that asteroid 2020 SO, as it is formally known, is actually the Centaur upper rocket stage that successfully propelled Nasa's Surveyor 2 lander to the Moon in 1966 before it was discarded. 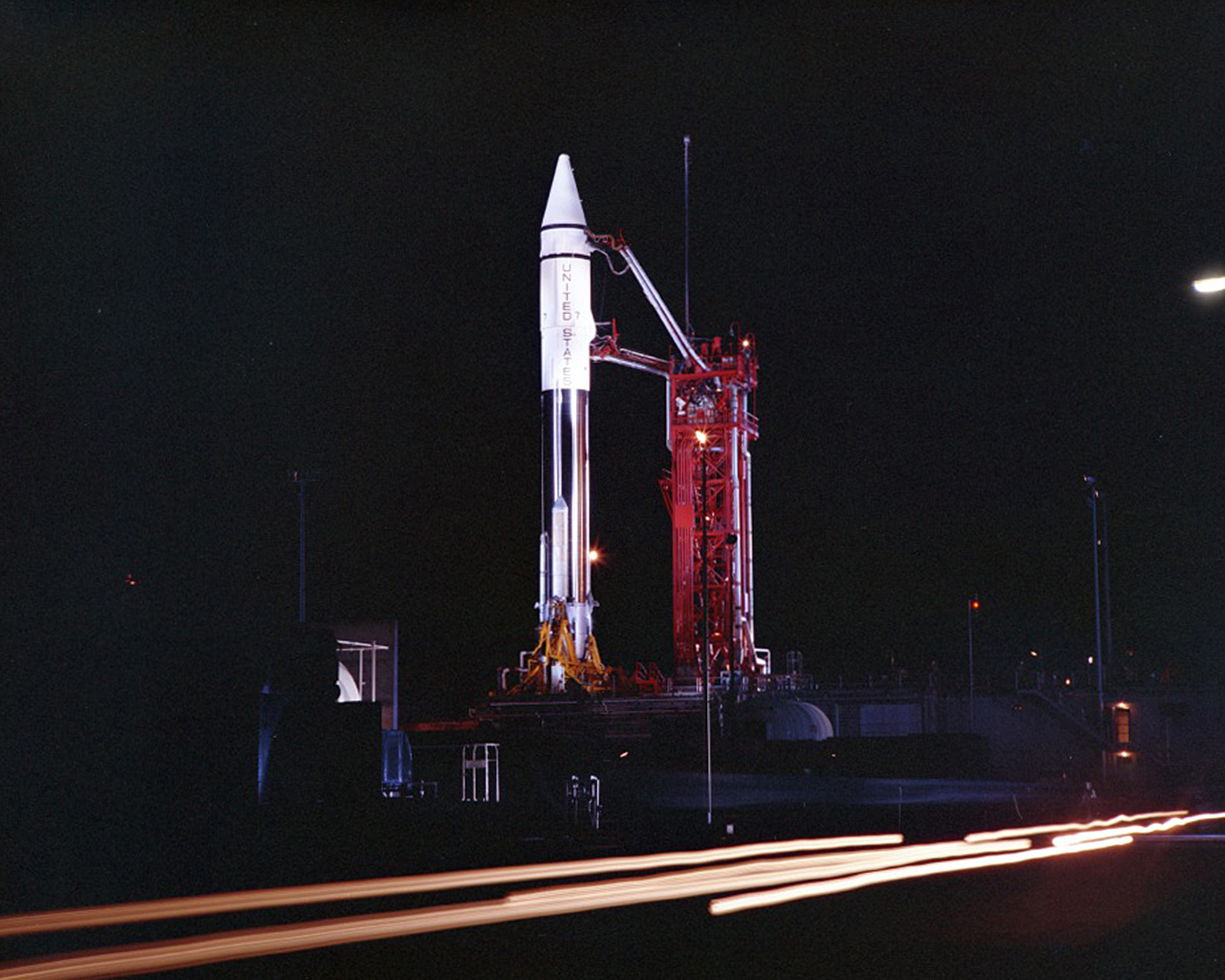 The lander ended up crashing into the Moon after one of its thrusters failed to ignite on the way there.

The rocket, meanwhile, swept past the moon and into orbit around the Sun as intended junk, never to be seen again until perhaps now.

A telescope in Hawaii discovered the mystery object heading our way in September while doing a search intended to protect our planet from doomsday rocks.

The object promptly was added to the International Astronomical Unions Minor Planet Centers tally of asteroids and comets found in our solar system, just 5,000 shy of the 1 million mark.

The object is estimated to be roughly 26 feet (8 meters) based on its brightness.

That's in the ballpark of the old Centaur, which would be less than 32 feet (10 meters) long including its engine nozzle and 10 feet (3 meters) in diameter. 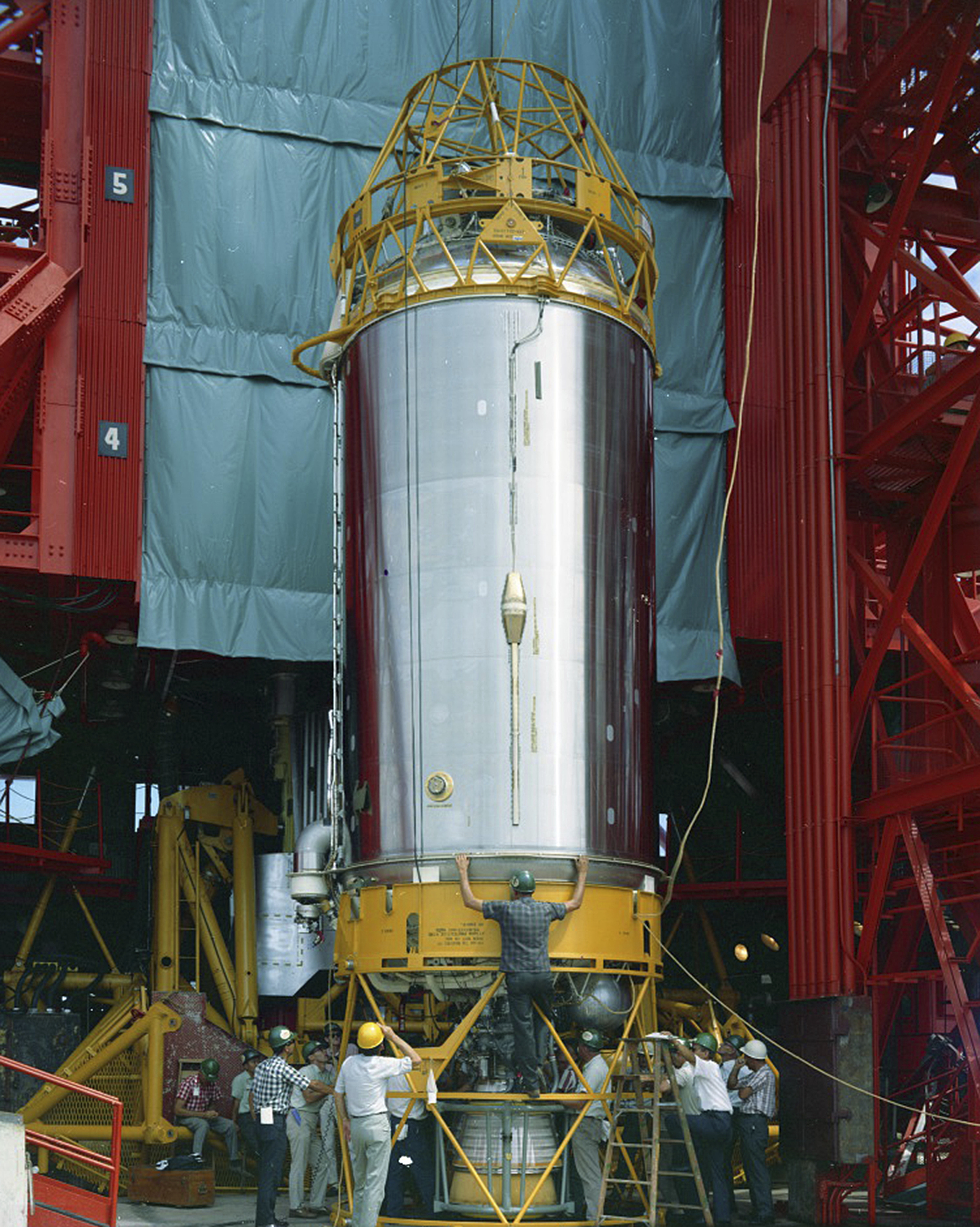 What caught Dr Chodas attention is that its near-circular orbit around the sun is quite similar to Earth's – unusual for an asteroid.

"Flag number one," said Dr Chodas, who is director of the Center for Near-Earth Object Studies at Nasa's Jet Propulsion Laboratory in California.

The object is also in the same plane as Earth, not tilted above or below, another red flag. Asteroids usually zip by at odd angles.

As the object gets closer, astronomers should be able to better chart its orbit and determine how much its pushed around by the radiation and thermal effects of sunlight.

If it's an old Centaur – essentially a light empty can – it will move differently than a heavy space rock less susceptible to outside forces. 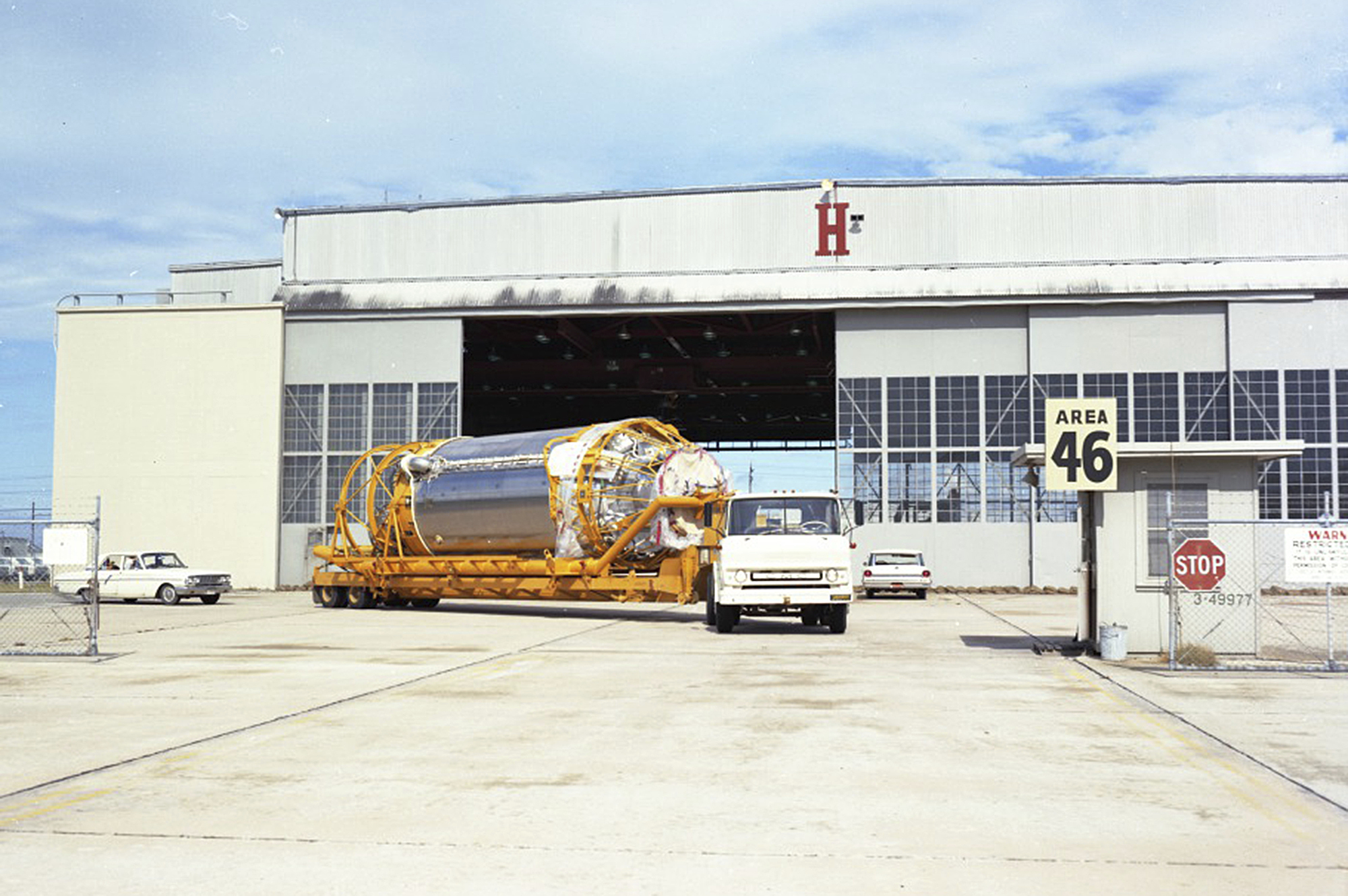 That's how astronomers normally differentiate between asteroids and space junk like abandoned rocket parts, since both appear merely as moving dots in the sky.

There likely are dozens of "fake" asteroids out there, but their motions are too imprecise or jumbled to confirm their artificial identity, said Dr Chodas.

Sometimes it's the other way around.

A mystery object in 1991, for example, was determined by Dr Chodas and others to be a regular asteroid rather than debris, even though its orbit around the sun resembled Earths.

Even more exciting, Dr Chodas in 2002 found what he believes was the leftover Saturn V third stage from 1969s Apollo 12, the second moon landing by Nasa astronauts.

He acknowledges the evidence was circumstantial, given the object's chaotic one-year orbit around Earth. It never was designated as an asteroid, and left Earth's orbit in 2003.

The latest objects route is direct and much more stable, bolstering his theory. 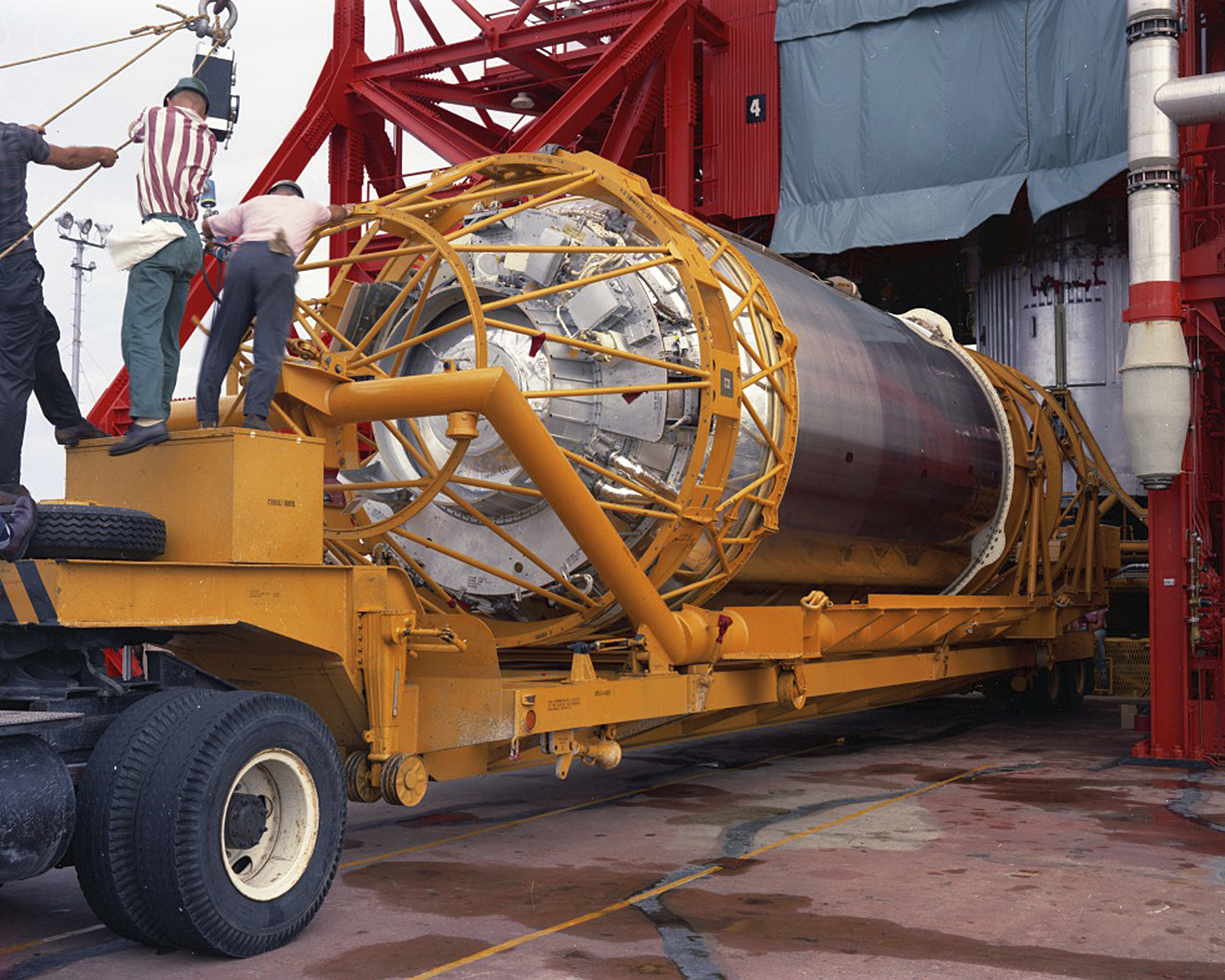 "I could be wrong on this. I don't want to appear overly confident," Dr Chodas said.

"But it's the first time, in my view, that all the pieces fit together with an actual known launch."

And he's happy to note that it's a mission that he followed in 1966, as a teenager in Canada.

Asteroid hunter Carrie Nugent of Olin College of Engineering in Needham, Massachusetts, said Dr Chodas conclusion is a good one based on solid evidence. She's the author of the 2017 book Asteroid Hunters.

"Some more data would be useful so we can know for sure," she said in an email.

"Asteroid hunters from around the world will continue to watch this object to get that data. I'm excited to see how this develops!"

The Harvard-Smithsonian Center for Astrophysics' Jonathan McDowell noted there have been "many, many embarrassing incidents of objects in deep orbit … getting provisional asteroid designations for a few days before it was realised they were artificial."

What’s the difference between an asteroid, meteor and comet?

Last year, a British amateur astronomer, Nick Howes, announced that an asteroid in solar orbit was likely the abandoned lunar module from Nasa's Apollo 10, a rehearsal for the Apollo 11 moon landing.

While this object is likely artificial, Dr Chodas and others are sceptical of the connection.

"Skepticism is good," Howes wrote in an email. "It hopefully will lead to more observations when its next in our neck of the woods in the late 2030s."

Dr Chodas' latest target of interest was passed by Earth in their respective laps around the sun in 1984 and 2002. But it was too dim to see from 5 million miles (8 million kilometers) away, he said.

He predicts the object will spend about four months circling Earth once its captured in mid-November, before shooting back out into its own orbit around the sun next March.

Dr Chodas doubts the object will slam into Earth – at least not this time around.

In other news, astronauts aboard the International Space Station were woken last month up to locate a mysterious hole in the orbiting space lab.

Nasa has finally set a date for its first proper crewed flight from US soil aboard a SpaceX rocket.

And, SpaceX recently blew up a Starship rocket tank on purpose during a dramatic "pressure test".

What do you think of Nasa's rogue rocket part? Let us know in the comments!