Sen. Ed Markey, D-Mass., touted the controversial Inflation Reduction Act by claiming Americans will now have "no reason" not to buy an electric vehicle.

Speaking at a climate change event in Boston on Monday, Markey celebrated the Senate’s passing of the bill, which includes a tax credit worth up to $7,500 for buyers of new all-electric vehicles and hybrid plug-ins that meet certain criteria.

"For me, this is an incredible moment," Markey said. "We are going to ultimately say to the American people: there's no reason why you have to pay 4 or $5 a gallon for gasoline when you can have an all-electric vehicle that averages 75 cents for your payment for your all-electric vehicle to be able to move you anywhere you want in our state or in our country."

"And we put in for the first time a $4,000 tax break for used electric vehicles so that we lower the income level for those who can’t afford it, because most people buy used cars in our country not brand-new cars," he added. 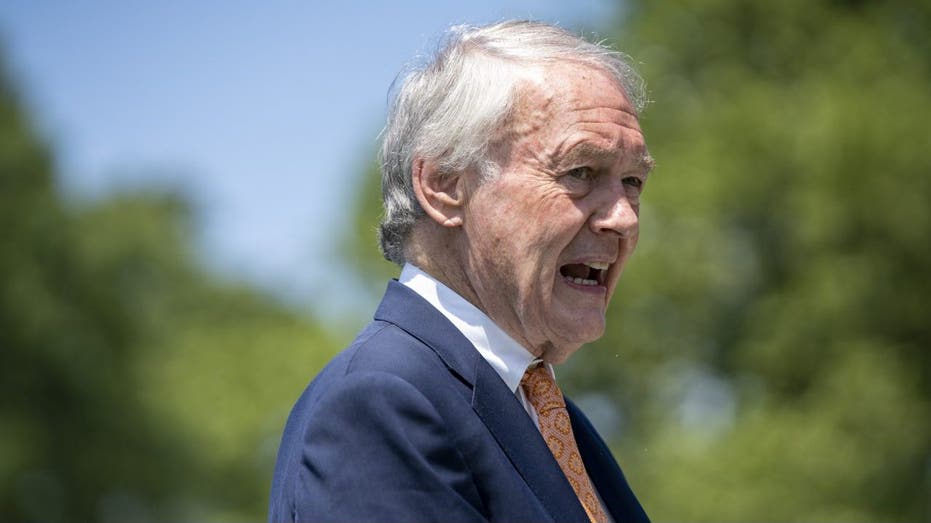 Markey’s comments caught the attention of the Republican National Committee on Thursday.

There’s one major issue with the tax credit, however, in that it requires that the battery that powers the electric vehicle be at least partially manufactured in North America, where the supply can’t keep up with demand. Under the bill, for an EV buyer to qualify for the full credit in 2023, 40% of the metals used in a vehicle’s battery must come from North America. By 2027, that required threshold would reach 80%.

The Alliance of Automotive Innovation, a key industry trade group, currently estimates that about 50 of the 72 electric, hydrogen or plug-in hybrid models that are sold in the United States wouldn’t meet the requirements. 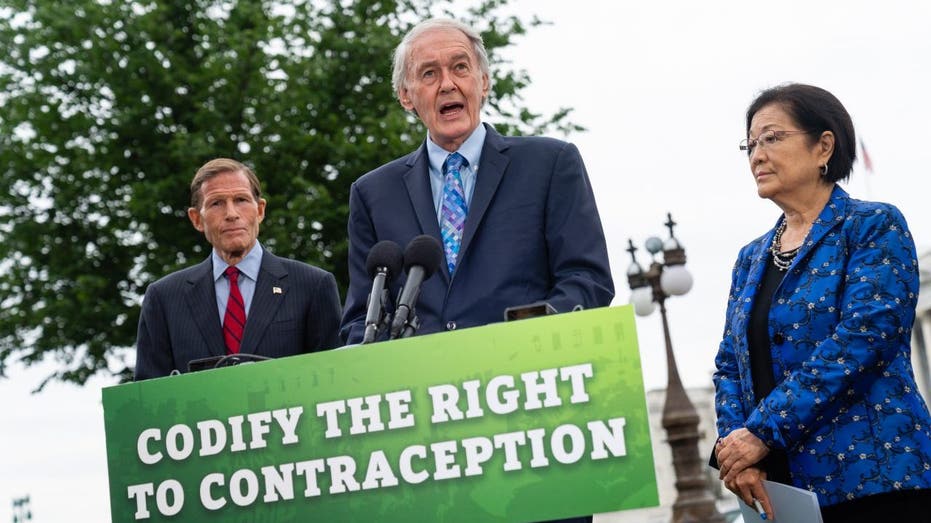 Sen. Ed Markey, D-Mass., center, speaks during a news conference on the Right to Contraception Act outside the U.S. Capitol in Washington, D.C., on July 26, 2022. (Eric Lee/Bloomberg via Getty Images / Getty Images)

If the metals requirement in the bill isn’t met, buyers would be eligible for half the tax credit, $3,750.

The bill passed in the Senate on Sunday with Vice President Kamala Harris casting the tie-breaking vote. It now heads to the House for a likely vote at the end of the week.