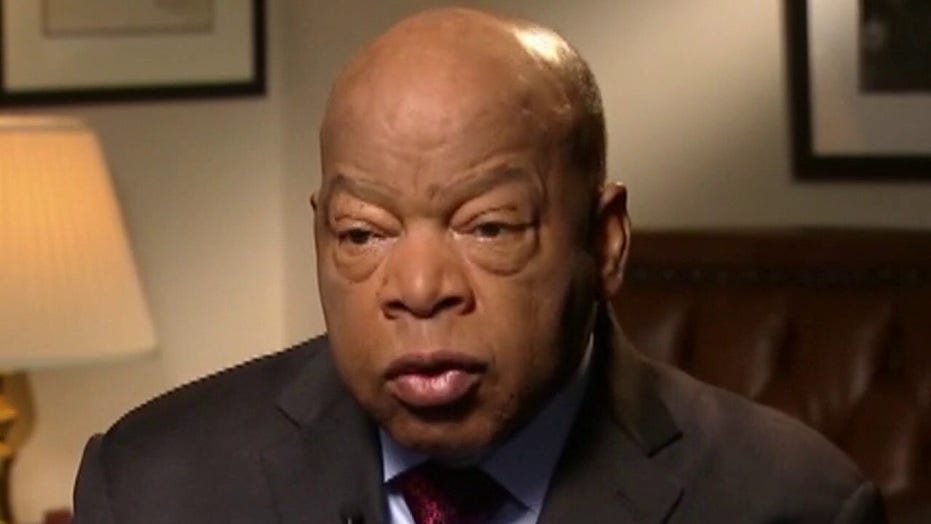 Sens. Marco Rubio, from Florida, and Dan Sullivan, from Alaska, both tweeted tributes to Lewis on Saturday. Lewis, D-Ga., died Friday night after a battle with pancreatic cancer. He was 80.

“It was an honor to know & be blessed with the opportunity to serve in Congress with John Lewis a genuine & historic American hero,” Rubio tweeted Saturday. “May the Lord grant him eternal peace.” 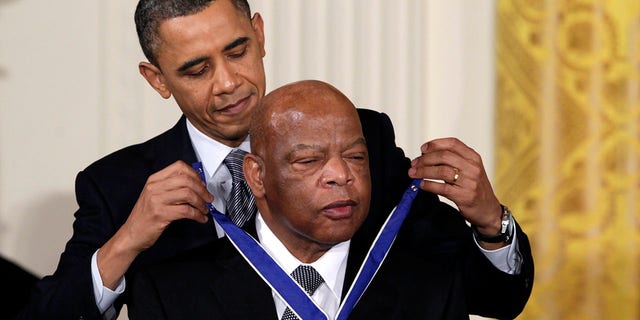 In this Feb. 15, 2011, photo, President Barack Obama presents a 2010 Presidential Medal of Freedom to U.S. Rep. John Lewis, D-Ga., during a ceremony in the East Room of the White House in Washington. Lewis, who carried the struggle against racial discrimination from Southern battlegrounds of the 1960s to the halls of Congress, died Friday, July 17, 2020. (AP Photo/Carolyn Kaster, File)

“Congressman Lewis’ courage and principled leadership helped guide America through one of the most challenging periods in its history, calling our country to live up to its ideals with justice and equality for all people regardless of color and creed,” Sullivan wrote in his own message on Facebook.

But both messages included photos of the late Rep. Cummings, who died in October. Cummings, also a civil rights activist, served in the House of Representatives for Maryland's 7th Congressional District, which includes Baltimore, until his death at age 68.

In a follow-up tweet, Rubio acknowledged “Earlier today I tweeted an incorrect photo.”

“John Lewis was a genuine American hero,” he said. “I was honored to appear together in Miami 3 years ago at an event captured in video below. My [sic] God grant him eternal rest.”

Rubio shared a link to a video of him and Lewis together in Miami on Martin Luther King Day in 2017.

Sullivan revised his Facebook post to remove the same photo showing Cummings at the opening of the Smithsonian National Museum of African American History and Culture, The Guardian reported. His updated post linked to Lewis' obituary in The Washington Post and removed the reference to the museum.

The photo of Cummings was taken in February 2014 by the Philadelphia Inquirer photojournalist Lauren Schneiderman. It has since been removed from Schneiderman’s personal website, but screenshots showed it was mislabeled as depicting Lewis, according to the New York Times.

The former chairman of the Student Nonviolent Coordinating Committee (SNCC) and one of the keynote speakers at the historic March on Washington before the Rev. Martin Luther King Jr., Lewis spent his life advocating for the rights of minorities. He served in Congress for 33 years.

President Trump on Friday tweeted condolences for the late Lewis and called him a "civil rights hero."

Lewis was no fan of Trump. He sparked a boycott of his inauguration in 2017 and said the president-elect was not a "legitimate president." Lewis said Russians destroyed the candidacy of Hillary Clinton and helped Trump win the election.

During his lifetime, Lewis joked about being mistaken for Cummings in the past. In an official statement in April 2019, Lewis announced plans to grow a beard “after years of ‘baldist’ press reports that have confused the two famously clean shaven, African-American members of Congress.”

“People stop me all the time and tell me they’re from Maryland,” Lewis said. “I’m John Lewis, from Georgia. Rep. Cummings is a good friend of mine, but we’re not the same person. I considered getting a tattoo on the back of my head, just to clear things up.  I tried to convince Elijah to get one too, but that didn’t go over so well."

“I guess being mistaken does have its advantages, though,” Lewis continued. “Elijah’s younger than me, so I guess being mistaken for him is kind of a compliment. Maybe one day when I have a schedule conflict, I’ll see if he wouldn’t mind sitting in a hearing for me.  You think anybody would notice?”