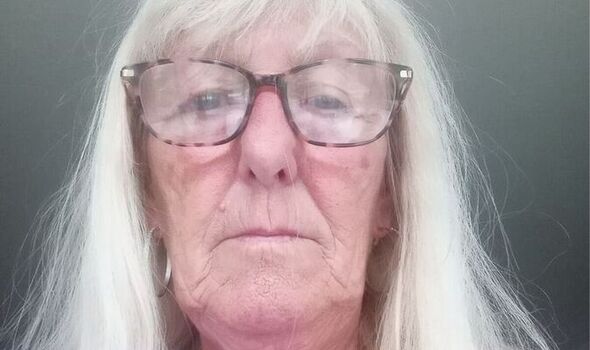 A woman who had taken early retirement says she has been left thousands of pounds out of pocket after the state pension age was raised by three years.

Pauline Bell, 69, says she was advised in 2008, then aged 55, that she could claim her state pension at the age of 63 and a half. The teacher planned to take early retirement following a family tragedy and use income from a small occupational pension until the age of 63 when the DWP told her the state pension would kick in.

Pauline, who left school aged 18, told Lancs Live: “Eight years later, I would receive my pension. That was the information the financial advisor was given by the DWP, and that was information I got directly from the DWP; I did it online to the government gateway. With the advice of a financial advisor, who was using the information given at the time by the DWP, I was told, cover those eight years with your private pension and when you’re 63, and a half, then your state pension will start; here’s the confirmation from the DWP, so go ahead, and you can manage.

“But it didn’t work. What actually happened was that when I turned 63 and a half, that small pension stopped, and I only got a small income from my other occupational pension.”

Pauline told Lancs Live: “If they were going to move the goalposts, they should have informed each and every one of us. But even if they had, how could you have made preparations in that short space of time?”

She added: “It gave me two and a half grand a year from all my different pensions,” she said. “Then that would have lasted until about 63 and a half, when theoretically, the state pension would have kicked in.”

I think with the cost of living crisis, if you rattle your tin now, you’re just going to get ignored

Fortunately, she was saved from pension poverty by her husband and her other, small occupational pension until age 66. She told the publication: “I’ve never actually sat down and worked it out because I think I would just get really annoyed about it, because I think of the governments who have always been supporters of us until they actually had to sit down and do something about it, and then they’ve backed off. And I think now with the cost of living crisis, if you rattle your tin now, you’re just going to get ignored.

“I didn’t like the idea of the first raise, and I didn’t think it was fair, but I accepted it, but then it was the extension further down the line that you couldn’t do a damn thing about. What happened was, I saw it on the news, and thought, I’d better put a forecast in and see when I am actually getting it and I found out, oh no, I’m not getting it now until 66 and a half.

“I never got a letter saying that the last forecast we gave you was wrong, it’s not that, it’s this. It should have been made public to all the women affected. And it’s important to stress that while working part time, paying into a company pension was not actually possible as to join, you had to be a full time worker, so I wasn’t able to pay into that. “

A change to the national pension age for women, legislated for in 1995, wasn’t communicated to most of those affected until 2012, leading the Parliamentary and Health Service Ombudsman (PHSO) to find the DWP guilty of maladministration. It said that “the opportunity that additional notice would have given them to adjust their retirement plans was lost.”

Campaign group Women Against State Pension Inequality (WASPI) is calling for “fair and fast compensation” for everyone hit by the lack of notification of State Pension age increases, to reflect their “financial losses, the sustained damage to their mental health and well-being, and the additional impacts.” And it says the affected women need it quickly as we head into a winter of soaring costs.

Yet Pauline, from Egremont, Cumbria, considers herself fortunate to not be stricken by pension poverty, thanks to her husband, but says she has witnessed many people who are. She says: “You see them in shops and you think, you must be well into your 60s and you’re having to work; it must be so hard for them. I think it’s different if you’re in a job that’s not active and you can just sit at a desk.

“And the other side is that there are so many older people that are being forced to work on when the young people could be getting the jobs, especially in this area, when unemployment and poverty are high.

“You see these women on minimum wage and should be enjoying retirement, and they don’t reach retirement ,or they do, and then the following week, they’re dead because they’re absolutely exhausted from doing manual jobs. Quite a few people I have worked with have decided to work on, and the next thing you hear that they’ve collapsed at work, although that affects men as well as women, I do appreciate that.

“And if you’ve been teaching for a number of years, you’re graded on how many years’ experience you have, so then employers will just take somebody else on that’s just come out of college because they’re so much cheaper. Even if you wanted to go back into teaching, I think you’d struggle, unless you went on supply, but in terms of getting a foot back in the door of a job, forget it.

“And while working part time, paying into a company pension was not actually possible as to join you had to be a full time worker so it wasn’t that I wasn’t able to pay in to that – it was the fact that there was no option to do so. This must have been a widespread problem for women who most likely comprised the bulk of part time workers as they had the main responsibility for bringing up their children.

“Nobody will say if they are struggling. But we are down the road from a hostel for homeless people. And it’s shocking to see the age of some of the ladies in there, and you think, it shouldn’t come to this, nobody deserves this, no matter what their background, nobody deserves to be homeless. I do know that they have had older women in.”

A DWP spokesperson said: “The Government decided over 25 years ago that it was going to make the state pension age the same for men and women as a long-overdue move towards gender equality. Both the High Court and Court of Appeal have supported the actions of the DWP, under successive governments dating back to 1995, and the Supreme Court refused the claimants permission to appeal.”

A spokesperson for the Department for Education said they could not comment on individual cases, but that the Teachers’ Pension Scheme did not permit supply agencies to participate in the scheme as they didn’t meet the definition of a scheme employer, so any teachers placed in schools through supply agencies were not eligible to participate in the scheme for that service.

They said the Supply Teachers and Temporary Staffing (STaTS) from the Crown Commercial Service aimed to improve agency practices and support schools with getting value for money when hiring agency workers.