This is expected to climb due to former Chancellor Rishi Sunak’s tax grab in March last year, when he froze the threshold at which people start paying CGT at £12,300 until at least 2026.

Shaun Moore, tax and financial planning expert at Quilter, warned that this will drag more and more ordinary Britons into the CGT net.

“With inflation spiking, this allowance will fall in real terms. The recent CGT take is unlikely to stay a record for long.”

One reason CGT bills rocketed is that many feared Sunak would hike CGT rates in line with income tax, as recommended by the Office of Tax Simplification.

“This spooked people to bring forward their disposals ahead of any potential tax grab, even though it never happened,” Moore said.

Disgruntled buy-to-let landlords have been selling up to escape onerous new rules, while the lifetime limit for Business Asset Disposal Relief has been slashed from £10million to £1million, further boosting receipts.

Investors who saw the signs of the approaching crash in US technology stocks took the decision to sell and lock in their gains, and took a tax hit.

CGT receipts have gone through the roof as a result. 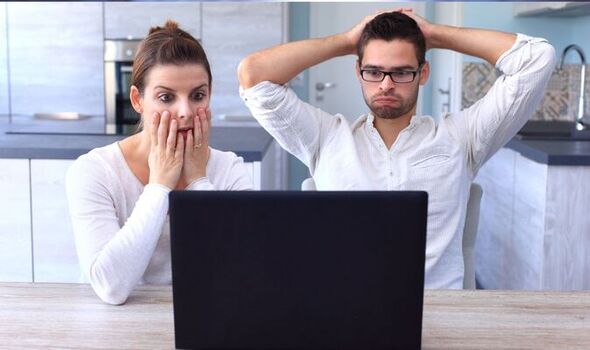 Yet the hated “death tax” has been getting more attention in the Conservative Party leadership contest.

Moore said this lack of interest in CGT could backfire on taxpayers. “I would not be a surprise to see CGT targeted if the next Prime Minister and Chancellor believe they need to raise tax revenues without impacting the majority of the population.”

If that happened, CGT bill would fly even higher.

By comparison, just 25,000 families typically pay IHT every year, a much smaller number even though it has been called the UK’s most unpopular tax.

These rates rise to 18 percent and 28 percent when selling an investment property or second home.

He said investing in a tax-free Isa or pension can cut bills. “You can invest up to £20,000 in an Isa each year and take all your returns free of income tax and CGT.”

Britons can also pay up to £40,000 into a pension under the annual allowance, with no CGT on the subsequent growth.

Married couples or civil partners who share ownership of assets such as a buy-to-let property can reduce a bill by using both their allowances.

Davies added: “You can also split the sale of assets such as shares in a portfolio over several years so you don’t go over the annual allowance in any one year.”

You can also offset any assets that have fallen in value against your gains. “Unused losses from previous years can be brought forward, provided they are reported to HMRC within four years,” he said.