Soaring inflation, volatile financial markets and the ever-increasing cost of living are being blamed for the increase in people “unretiring” and going back to work.  It has been coined as the “great unretirement” by the digital support group Rest Less after the group analysed recently published Office of National Statistics (ONS) research. Rest Less found that there was an increase in “economic activity” (people working or looking for work) of 116,000 among the over-50s in the past year. More than half the total increase was found to be amongst men aged over 65, whose economic activity levels increased by 66,000, or 8.5 percent, in a year.

However, charities are concerned that people are being forced to go back in order to top up their pension as it is not going far enough, highlighting that the cost of energy bills was most likely the main concern for Britons.

Caroline Abrahams, charity director at Age UK, stated that it was “truly frightening” that people are “scrambling to afford to keep the heating on”.

Ms Abrahams told Express.co.uk: “Judging from what we’re being told at Age UK, many older people are looking ahead to the winter with extreme trepidation.

READ MORE: Inheritance tax ‘should be reduced’ from 40 to 20 percent 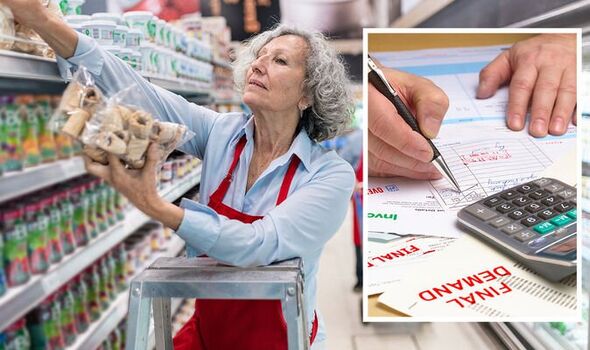 “No wonder then that significant numbers are returning to work in an effort to shore up their finances against the storm. In some cases, carefully laid retirement plans which looked economically sustainable a year ago are now shot to pieces and that’s a huge disappointment if you’ve been looking forward to a rest and the chance to enjoy yourself after many years of working.”

The charity Independent Age added that it was a “sad reality” that older people were being forced into work “purely for financial reasons” rather than other life choices.

In a recent charity survey, Independent Age found that almost half of older people said that they could not afford a £50 a month increase in their cost of living.

Morgan Vine, head of policy and communications at national charity Independent Age, told Express.co.uk: “2.1 million older people are already living in poverty, and the cost of living is pushing many more to crisis point. Fear of financial ruin due to the cost of living should not mean unretiring becomes the norm.”

Independent Age urged the Government to review its support for people during the cost of living crisis as the package announced in May was “no longer adequate” for the expected rise in energy costs.

Ms Vine added: “It will be far from sufficient if the price cap skyrockets further in January.

“Older people in financial hardship should not be forced to risk their health – either by returning to work when it is not in their best interest or by living in a cold, dark home because the extra money isn’t there.”

For Britons who are choosing to go back to work for either financial or any other factor, the Centre for Ageing Better noted that they face “real challenges” in the current labour market.

Hardships that older workers face include navigating ageism in recruitment and finding suitable, fulfilling work that works for someone as people may be looking for flexible work to help manage caring responsibility or health problems.

Emily Andrews, deputy director for work at the Centre for Ageing Better, explained:  “Employers with high vacancies, who want to make the most of this potential pool of recruits, should follow our best-practice guidance on removing ageism in the recruitment process, and promote flexible working to all staff.”

“While some older workers who have retired may be wary of returning to the workplace, the right kind of jobs can allow them to thrive there and allow employers to benefit from their experience.”

READ MORE: Premium Bonds: What are your odds of winning £1million? 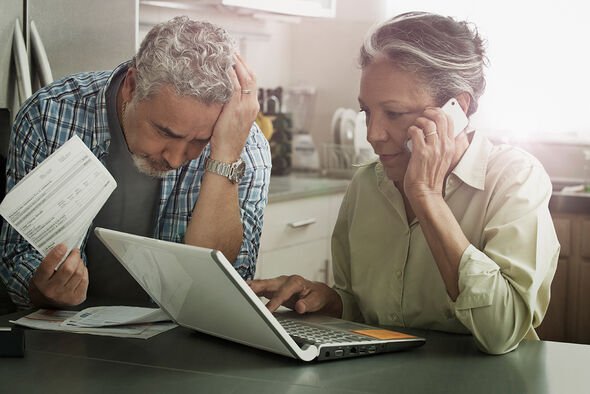 A 63-year-old man decided to “unretire” after the second COVID-19 lockdown in 2020, changing his original plans to reduce his work slowly when he turned 60 years old in December 2018.

The gentleman, who chose to remain anonymous, told Express.co.uk: “In December 2018, I simply decided I would finish the contracts I had and not take on any others for a while and just see what filled my time. However, a few months after I finished all the remaining work that had been commissioned, the pandemic was just about to start.

The man then decided to take a significant amount of time off during the lockdowns of 2020, he was later offered work in January 2021 which he decided he wanted to do as he had “nothing else to do” at that time.

He said: “This kept me busy during this strange time was a key factor and the projects were the traditional type of work I had undertaken for years so it was almost like I hadn’t been away.

“I suppose you could say the reason for doing this was mainly to have something to do and stop the boredom, the money was very handy too though.”

The Briton stated that if a person is looking into going back to work, then they really should be clear on the terms in which they return.

“Also, make sure you’ve given retirement a proper go too as it can be difficult settling into a totally new lifestyle, you might do something that occupies your time but doesn’t bring in any money and this may fill your time better without the same stress as a formal role in the marketplace.”