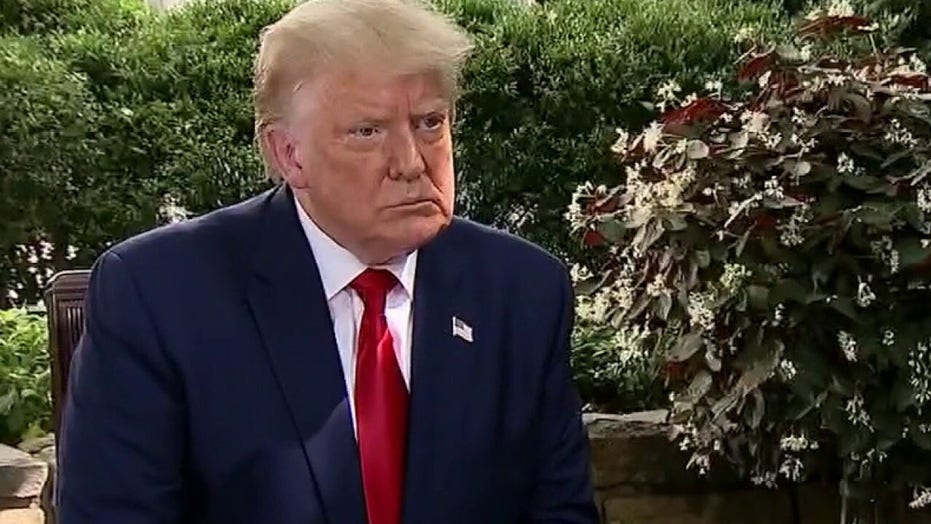 Trump rejects ‘fake polls’ that show him trailing Joe Biden, says former VP is not competent to be president

President Trump took several shots at former Vice President Joe Biden’s mental state during his exclusive interview with “Fox News Sunday,” challenging Biden to take the same test he had to take, only for host Chris Wallace to claim that the test is not exactly difficult.

Trump took the test, known as the Montreal Cognitive Assessment, in 2018 and his doctor said he “aced” it. At the time, a version of the exam circulated online.

“Let's take a test right now. Let's go down, Joe and I will take a test. Let him take the same test that I took.

Wallace said that after it was reported that Trump passed the test, he took it himself. Versions of it have circulated on the Internet after Trump passed it.

“It's not – well it's not the hardest test,” Wallace said. “They have a picture and it says ‘what’s that’ and it’s an elephant.”

“No, no, no,” Trump said, calling Wallace’s description “a misrepresentation.” Wallace said he was describing what he had seen online.

“Well, one of them was count back from 100 by seven,” Wallace said, then he began with, “Ninety-three.”

“I'll get you the test, I'd like to give it. I'll guarantee you that Joe Biden could not answer those questions,” Trump claimed.

The subject came up because a new Fox News poll showed that 47 percent of those who responded believe that Biden has the mental soundness needed to be president, with just 43 percent saying the same about Trump.