It slipped to 9.9 percent last month, the first drop in nearly a year, after fuel prices tumbled. 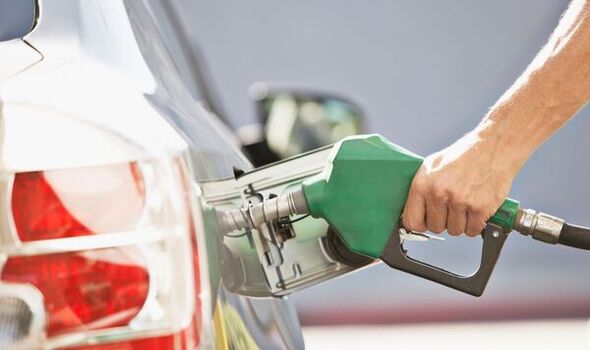 The welcome data came as the Government promised to backdate energy bill support for businesses, amid concerns that the scheme for pressure-hit firms could be delayed.

Officials are working on a strategy to support businesses through the winter – after Prime Minister Liz Truss announced last week a “big bazooka” package of energy support for UK households.

It guarantees that, for two years, bills for the average home will not increase past £2,500, saving typical households around £1,000.

It will kick in from October 1, with analysts expecting it to cut inflation by a further five percent next year.

The Office for National Statistics (ONS) said that the fall in petrol and diesel prices was the main factor in the inflation decrease from the 10.1 percent seen in July.

The 6.8 percent drop in motor fuel prices was the highest since between March and April 2020, the early days of the pandemic.

But the ONS also warned that ever-increasing food prices were keeping the rate high.

The inflation news comes days after statistics showed the economy is growing again, albeit slowly – and that unemployment has also fallen to its lowest level since 1974.

But Julian Jessop, of free market think tank the Institute of Economic Affairs, said it was “far too soon to sound the all-clear”.

He added: “The headline rate of inflation remains close to 10 per cent and food price inflation is still rising. The Energy Price Guarantee means that consumer price inflation will probably peak at around 11 percent in the coming months, before falling sharply next year.”

Alex Veitch, of the British Chambers of Commerce, commented: “The size of last week’s Government intervention on energy prices should have a dampening effect on inflation when it is enacted.”

A fiscal event focused on dealing with rising costs could arrive next week, with the Prime Minister’s administration facing a constrained parliamentary timetable ahead of party conference recess.

As Ms Truss settles into No10, the weekly Techne UK/Express.co.uk poll reveals that Conservative support went up a by only two points after her first week as Prime Minister, fewer than expected.